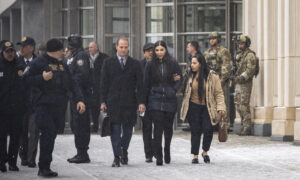 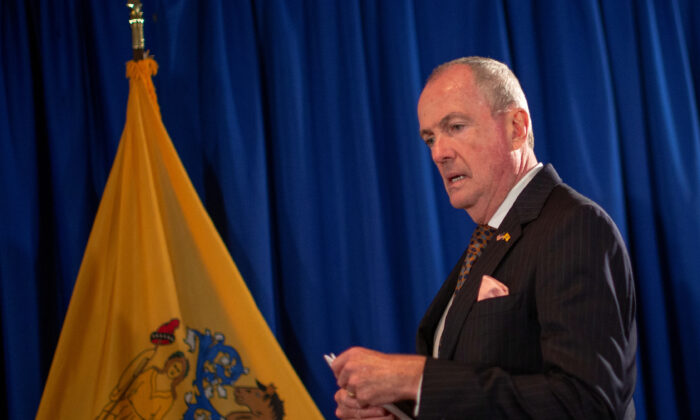 A newly signed law in New Jersey prohibits police officers from telling the parents of a child charged with marijuana possession about what happened.

S3454 was one of three bills signed by Gov. Phil Murphy, a Democrat, late last month that deals with cannabis, known colloquially as marijuana.

The bill states that any person under 18 years of age or knowingly possesses marijuana will receive a written warning for the first violation of the law.

However, “a written notification shall not be provided” by law enforcement to the parent, guardian, or person with legal custody of the minor, the law states.

If the minor violates the law again, then parents can be notified.

Murphy said the law and the two others he signed, A1897 and A21, were long overdue.

“Our current marijuana prohibition laws have failed every test of social justice, which is why for years I’ve strongly supported the legalization of adult-use cannabis. Maintaining a status quo that allows tens of thousands, disproportionately people of color, to be arrested in New Jersey each year for low-level drug offenses is unjust and indefensible,” he said in a statement.

“This legislation will establish an industry that brings equity and economic opportunity to our communities, while establishing minimum standards for safe products and allowing law enforcement to focus their resources on real public safety matters,” he added.

Lawmakers including Sen. Cory Booker (D-N.J.) and state Senate President Steve Sweeney, a Democrat, supported the reforms, which include legalizing cannabis use and possession for adults 21 years of age or older.

But law enforcement agencies and groups decried the legislation, including the provision dealing with parental notification.

“To apply these new laws to a ‘real-life’ situation, if an officer observes a 12-year-old—or a juvenile of any age—consuming alcohol and/or smoking marijuana in violation of the law, that officer CANNOT contact the juvenile’s parent or guardian—unless this behavior has been previously documented. Unless that child chooses to share this information, his or her parents or guardians will never know,” Christopher Battiloro, chief of the Westfield Police Department, said in a statement.

“What presents itself as most problematic—and disconcerting—is the inability of the police to freely communicate with the parents and guardians of our children,” he added.

The New Jersey State Association of Chiefs of Police said the legal reform “will severely impair the ability of law enforcement to surveil and police the illegal drug market, underage possession and consumption of alcohol and tobacco and criminalize very common and overwhelmingly non-controversial policing strategies.”

“Under this new law, a law enforcement officer is subject to criminal prosecution if he or she even asks a minor or young adult under the age of 21 to consent to a search or otherwise conducts such a search despite reasonable suspicious activity, such as the odor of alcohol or marijuana. However, there are no tools available for an officer to know the ages of individuals that may be encountered. An honest mistake in ascertaining someone’s age, intentions or degree of impairment subjects the officer to prosecution for a crime,” it added.