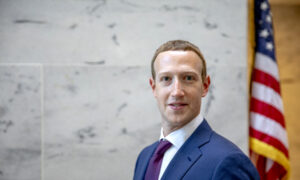 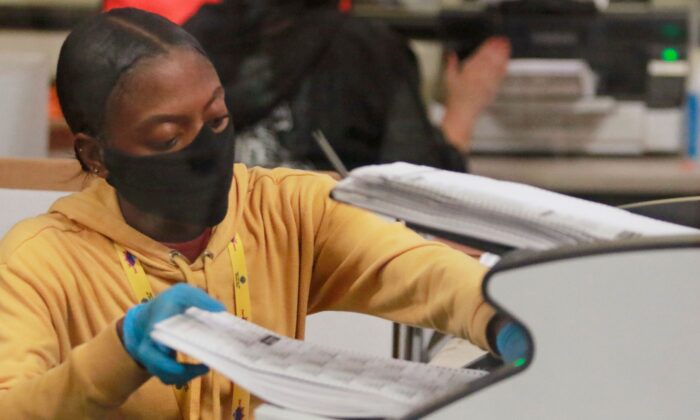 The Nevada Republican Party on Nov. 5 announced that its lawyers have sent Attorney General William Barr a criminal referral alleging at least 3,062 cases of voter fraud in the state.

“We expect that number to grow substantially,” the Nevada GOP wrote on Twitter Thursday evening. “Thousands of individuals have been identified who appear to have violated the law by casting ballots after they moved from NV.”

Our lawyers just sent a criminal referral to AG Barr regarding at least 3,062 instances of voter fraud. We expect that number to grow substantially. Thousands of individuals have been identified who appear to have violated the law by casting ballots after they moved from NV.

The criminal referral comes on the heels of an earlier announcement by President Donald Trump’s reelection campaign that said they were filing a lawsuit in the battleground state over thousands ballots that the campaign said were cast by voters who no longer live in the state.

According to a letter obtained by CBS News, the party’s lawyers sent Barr more than 60 pages of voter records that they say were cross referenced with the National Change of Address database.

MORE: Letter to AG Barr includes +60 pages voter records @NVGOP “We have identified 3,062 individuals who appear to have improperly cast mail ballot in the election. We verified this by cross referencing the names + addreses of voters with National Change of Address database” pic.twitter.com/5V7nOhUrqF

“We write to bring to your attention criminal voter fraud in the State of Nevada in the 2020 general election. Specifically, we have initially identified 3,062 individuals who appear to have improperly cast mail ballots in the election,” the lawyers wrote, noting that they anticipate the final list of fraudulent ballots “will grow substantially.”

The letter also states that a separate note outlining the findings was sent to Joseph Gloria, the Clark County registrar.

“Voter fraud is a serious federal felony, one that cuts to the heart of representative democracy,” they added. “We understand that these are serious allegations and we do not make them lightly.”

The Department of Justice and Clark County did not immediately respond to requests for comment from The Epoch Times.

The Justice Department told Fox News that it has received the party’s criminal referral and that attorneys will follow the standard practice of investigating.

Following news of the criminal referral, the American Civil Liberties Union (ACLU) of Nevada said on Twitter Thursday that voters in the state do not lose their eligibility to vote when they leave temporarily.

“The ACLU of Nevada is watching to be sure this election remains fair and we are prepared to fight if any serious cases are filed,” staff attorney Nikki Levy said in the statement.

Father of a 17 yo who registered & received ballot thankfully contacted county re: his ineligibility…

The Nevada Republican Party shared an image in a separate tweet claiming that four mail-in ballots were cast in Washoe County by people under the age of 18—three registered with no party affiliation and one registered as a Democrat.

“NV ballots for kids? 4 MAIL votes cast in Washoe Co by people UNDER-18! 1 Dem & 3 NP,” the Nevada GOP wrote. “Father of a 17 yo who registered & received ballot thankfully contacted county re: his ineligibility…The Radical Left dreams to lower voting age but… they can’t legally vote!”

The Epoch Times has reached to a spokesperson for Washoe County for comment.

Earlier in the day, Trump campaign Nevada chairman Adam Laxalt said there were “examples of ballots mailed across this valley … in trash cans… people getting as many as 18 ballots” in the mail, saying that it is evidence of voter irregularity.

As of early Friday morning, Trump was behind former vice president Joe Biden in Nevada by around 11,400 votes with 84 percent of the vote counted.

Clark County Registrar Gloria told a news conference that the state won’t complete the processing of all of its ballots until next Thursday, Nov. 12.