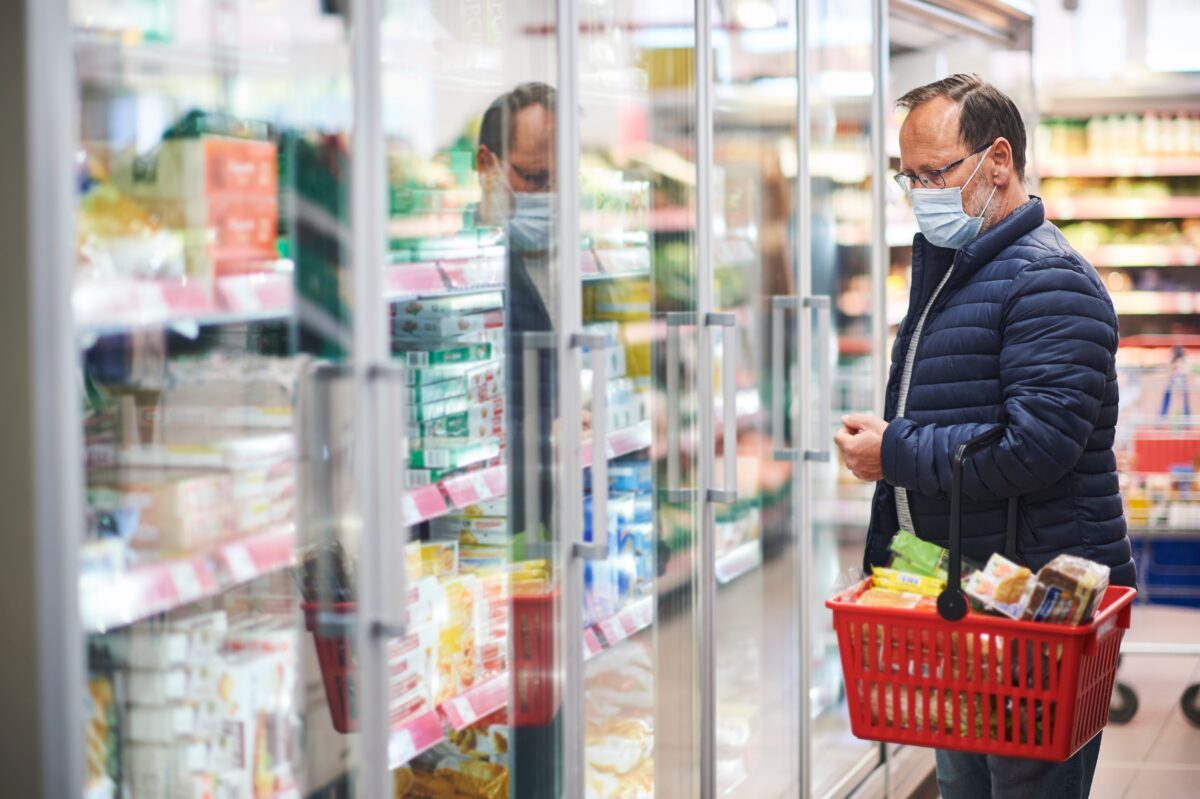 Our microbiome plays a big role in how we digest food. New research finds the microscopic fungi that live in our stomach may play a big role in whether we gain weight from eating processed foods. (Anna Nahabed/Shutterstock)
Health

Microscopic Fungi Living Inside Us May Affect Weight Gain: Study

Mice with certain communities of fungi living in their gut gained more weight when eating processed food than mice whose gut microbiomes hosted different communities of fungi, according to our study published March 5 in the journal Communications Biology.

Microbiomes are communities of microorganisms. In this study, we explored whether the fungal members of the gut microbiome—called the mycobiome—changed their host’s metabolic reaction to processed food. To do this, we obtained genetically identical mice from four different companies—each with different fungal microbiomes—and then fed the mice either standard mouse food or processed food resembling the typical American diet. After six weeks, we measured their body fat as well as genes and hormones involved in metabolism.

We specifically looked at the relationship between the fungal microbiome and processed foods—foods that contain refined sugars, monounsaturated fats, and white flour, for example—because these foods are linked to unhealthy weight gain in humans. Eating processed food made most mice fatter, but how much weight and how their metabolism changed varied between mice with different microbiomes. After measuring the microbiomes of each mouse, we used machine learning to figure out which fungi had the strongest influence on metabolism.

We found that mice whose gut microbiomes contained more of the fungi Thermomyces—which manufacturers use to break down fat in commercial processes—and less Saccharomyces—yeasts used in baking and brewing—gained about 15 percent more weight than the mice with different microbiomes. We found similar but smaller differences in mice on a normal diet.

The gut microbiome can influence metabolism.

Most people assume the microbiome is entirely bacteria. However, fungi—though usually less common than bacteria—are often critical members of these microbial communities. Microbiomes vary among individuals, so the species of fungi living in your gut might be different from your neighbor’s. This was also true for mice in our study.

Researchers only recently discovered the fungal microbiome and have limited knowledge of how it affects human health. Our study is one of the first to identify how gut fungi can influence metabolism.

If gut fungi influence metabolism in people similar to the way they do in mice, researchers might be able to develop diets tailored for specific microbiomes. It might also be possible to adjust a person’s fungal microbiome to control weight in specific situations—such as after weight-loss surgery.

Scientists are still learning which species of fungi make their home in the gut versus fungi that might just be passing through. While many of the interactions between humans and their gut fungi are likely beneficial, this may not always be the case. For example, fungi may play a role in irritable bowel syndrome and increase the risk of developing pancreatic cancer.

Not only could the presence or absence of certain fungi have direct effects on health, fungal interaction with bacteria is also likely very important. Our work has made some key first steps in understanding the complex relationship between bacterial and fungal communities when they cooperate to digest processed food.

We are planning to perform studies looking at how the fungal microbiome influences metabolism in humans and mice on high-fat diets and after weight-loss surgery. And to learn more about how different fungi affect metabolism, we’d like to create mice with artificial microbiomes that we either assemble ourselves or transplant from a human donor.

Kent Willis is an assistant professor of neonatology at the University of Alabama–Birmingham, and Justin D. Stewart is a doctoral candidate in evolutionary biology at the Vrije Universiteit Amsterdam. This article was first published on The Conversation.