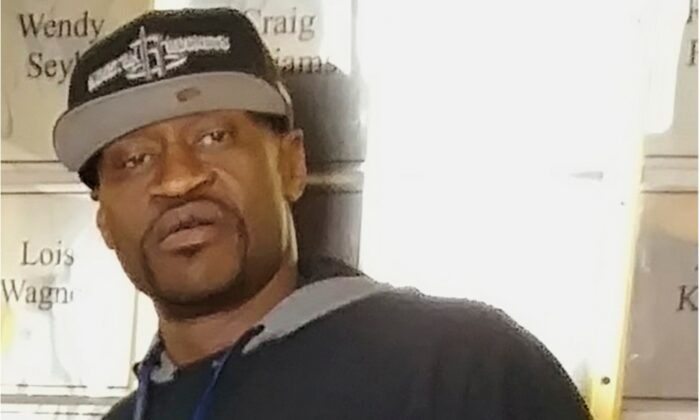 Medical Examiner: George Floyd May Have Had a ‘Fatal Level’ of Fentanyl When He Died

The medical examiner’s office in Hennepin County, Minnesota, said George Floyd may have had a “fatal level” of fentanyl in his system when he died on May 25 in police custody, triggering widespread protests, riots, and unrest.

Chief Hennepin County Medical Examiner Dr. Andrew Baker said there is “no physical evidence suggesting that Mr. Floyd died of asphyxiation,” according to court documents (pdf). It said that Floyd’s level of fentanyl was “pretty high,” and it added that he had a potentially “fatal level” of the drug in his system.

“[Dr. Andrew Baker] said that if Mr. Floyd had been found dead in his home (or anywhere else) and there were no other contributing factors he would conclude that it was an overdose death,” a memo said.

That memo noted that additional tests were underway to complete the autopsy.

The Armed Forces Medical Examiner said Floyd’s death was, in part, due to a homicide. Video footage of his arrest showed former officer Derek Chauvin with a knee on Floyd’s neck before his death.

“His death was caused by the police subdual and restraint in the setting of severe hypertensive atherosclerotic cardiovascular disease, and methamphetamine and fentanyl intoxication,” the office said.

The autopsy carried out on behalf of Floyd’s family determined that his cause of death was asphyxia as a result of the restraint used in his arrest.

Last week, the defense lawyer for another former officer charged in the case, Thomas Lane, argued that the charges against his client should be dropped. Citing body camera footage of the arrest, lawyer Earl Gray said that Floyd allegedly ingested drugs.

Floyd had a “white spot on the left side of his tongue” that apparently was actually “2 milligrams of fentanyl, a lethal dose.”

“All he had to do is sit in the police car, like every other defendant who is initially arrested. While attempting to avoid his arrest, all by himself, Mr. Floyd overdosed on Fentanyl,” Gray wrote in the motion. “Given his intoxication level, breathing would have been difficult at best. Mr. Floyd’s intentional failure to obey commands, coupled with his overdosing, contributed to his own death.”

According to the Hennepin County Medical Examiner’s office (pdf), “fentanyl intoxication” contributed to the 46-year-old Minneapolis man’s death. Other contributing factors include arteriosclerotic and hypertensive heart disease and “recent methamphetamine use.”

His cause of death was listed as “cardiopulmonary arrest complicating law enforcement subdual, restraint, and neck compression,” while his manner of death was listed by the office as “homicide.” Other reports said that he previously contracted COVID-19, the disease caused by the CCP (Chinese Communist Party) virus.
Chauvin was charged with second-degree murder and manslaughter, while Lane, Thao, and J. Alexander Kueng, another former officer, were charged with aiding and abetting.