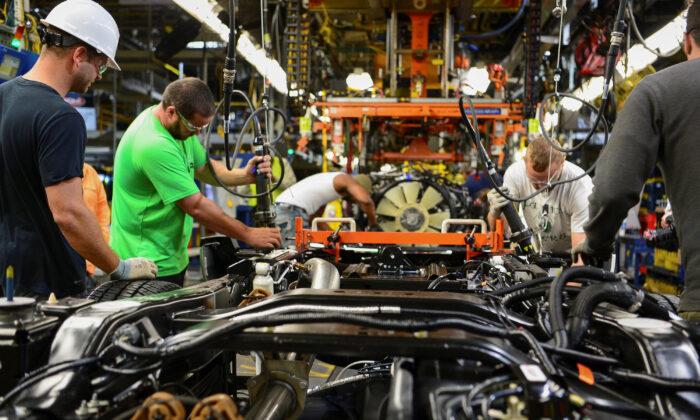 Median household income rose by nearly 7 percent in 2019 from the year before, the Census Bureau reported on Sept. 15. That makes the median the highest in the bureau’s data going back to 1968, adjusted for inflation.

The increase was the highest for Asians (more than 10 percent), followed by blacks (nearly 8 percent), and Hispanics (more than 7 percent). Whites saw their income go up nearly 6 percent.

The poverty level decreased to 10.5 percent from 11.8 percent. The bureau updates the poverty threshold for inflation every year. In 2019, the threshold for a single person was slightly more than $13,000 and around $26,000 for a family of four.

The Census Bureau added two caveats to the data. One, its methodology changed in 2014, so the numbers aren’t quite comparable to 2013 and earlier. Two, the bureau had some trouble getting responses to its survey due to the CCP (Chinese Communist Party) virus pandemic, which may have skewed the data. After adjustments, the bureau estimated the median income actually rose to slightly under $67,000, making about a 4 percent increase from 2018. The number was still the highest on record.

This year, the economy was undercut by state lockdowns issued in response to the pandemic. The unemployment rate increased to 14.7 percent in April, but has since decreased to 8.4 percent.

Both presidential candidates running for office this November, President Donald Trump and former Vice President Joe Biden, have talked about ways to stimulate the economy.

Biden’s advisers have floated a $1 trillion–$2 trillion relief package for 2021. His economic plan combines economic stimulus with spending on issues such as lowering carbon emissions and addressing “systemic racism.”