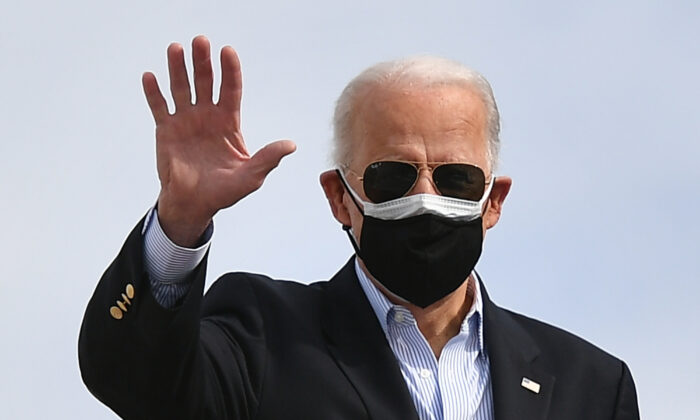 Several Democrats on Friday said they want information on why the Biden administration launched airstrikes in Syria.

“The American people deserve to hear the Administration’s rationale for these strikes and its legal justification for acting without coming to Congress. Offensive military action without congressional approval is not constitutional absent extraordinary circumstances. Congress must be fully briefed on this matter expeditiously,” Sen. Tim Kaine (D-Va.), chair of the Senate Armed Services Readiness Subcommittee, said in a statement.

“I will be looking to the text of the War Powers Resolution as I evaluate the appropriate role for Congress in addressing both attacks against U.S. forces by Iranian-backed militias and America’s response,” he added.

The War Powers Resolution states that the president “shall in every possible instance consult with Congress before introducing United States Armed Forces into hostilities or into situations where imminent involvement is clearly indicated by the circumstances.”

In the absence of a declaration of war by Congress, or other limited exceptions, the use of the U.S. military shall be reported within 48 hours by the president to the speaker of the House of Representatives and the president pro tempore of the Senate, “together with a full account of the circumstances under which such hostilities were initiated, the estimated scope and duration of such hostilities, and the constitutional and legislative authority under which the introduction of hostilities took place,” the resolution also states.

Biden on Thursday authorized airstrikes against sites in eastern Syria the Pentagon said are linked to Iranian-backed militant groups.

A Pentagon spokesman said the strikes were in retaliation for recent attacks against U.S. and coalition personnel in Iraq.

“There’s not much more that I’ll be able to add at this point other than the fact that we’re confident in the target we went after, we know what we hit,” Secretary of Defense Lloyd Austin said. “We’re confident that the target was being used by the same Shia militia that conducted the strikes.”

Lawmakers were divided on the strikes, with some questioning them and others saying they were lawful.

Rep. Nancy Mace (R-S.C.) said Biden’s attack was “a reckless abuse of his presidential powers,” adding: “We should be ENDING wars, not starting them.”

Sen. Lindsey Graham (R-S.C.), though, said he appreciated the strikes. “It is imperative that our enemies know that attacking Americans comes at a cost,” he wrote in a statement.

“POTUS authorized an airstrike on Iran-backed militia in Syria in response to attacks on U.S. troops in Iraq I support POTUS’s decision to deter Iranian aggression & defend our troops, allies & interests,” Rep. Sean Patrick Maloney (D-N.Y.) added in a tweet.