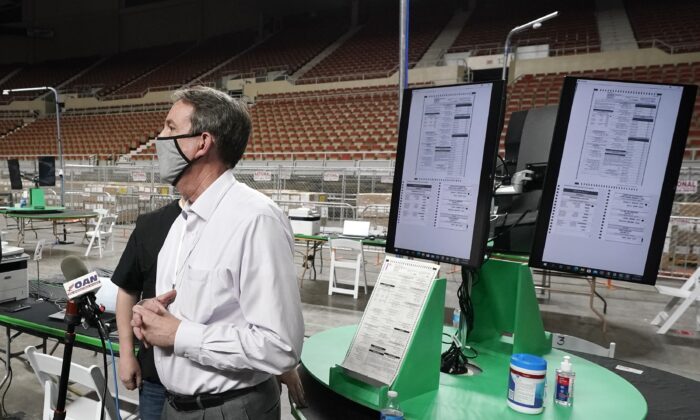 Former Arizona Secretary of State Ken Bennett speaks at a news conference to talk about overseeing a 2020 election ballot audit ordered by the Arizona Senate at the Arizona Veterans Memorial Coliseum in Phoenix, Ariz., on April 22, 2021. (Ross D. Franklin/AP Photo)
By Zachary Stieber