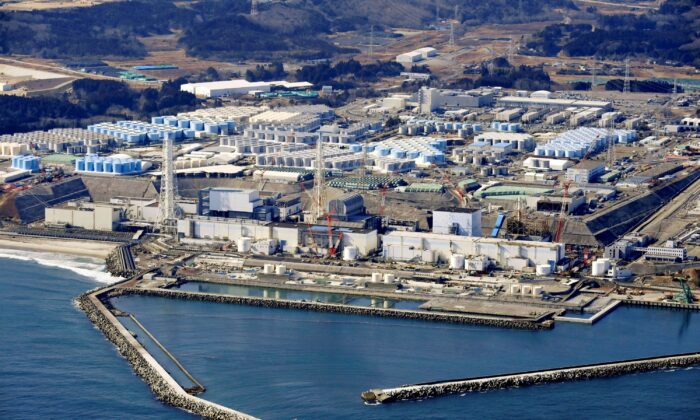 TEPCO said it planned to release treated water to a coastal facility, where it will be diluted with seawater and then sent through an undersea tunnel with an outlet 1 kilometer (0.6 miles) away to minimize the impact on local fishing.

The Nuclear Regulation Authority has approved the plan, but TEPCO would still need local consent before proceeding.

Japan’s Foreign Ministry said it will work to dilute the tritium-containing treated water to “far below the regulatory standards for safety,” and ensure the “reliability and transparency of its handling.”

Nuclear regulators will conduct additional inspections of the discharge facilities before TEPCO can begin disposing of treated water, according to the ministry.

“The discharge of the ALPS treated water into the sea will not start until after these steps are duly taken,” it said in a statement.

Japan had also asked the International Atomic Energy Agency (IAEA) to assess the handling of the wastewater to ensure that it meets international safety standards, amid concerns from neighboring countries about the potential health risks of releasing the water.

Experts from the IAEA visited the plant earlier this year and said Japan was taking appropriate steps for the planned discharge.

“The IAEA will continue to conduct its independent review throughout, including while these steps are taken, and the government of Japan will carefully consider the findings and observations from the IAEA’s review,” the Foreign Ministry stated.

Scientists claimed that impacts of long-term, low-dose exposure to tritium for the environment and humans are still unknown, but added that tritium could affect humans more when it is consumed in fish.

A massive earthquake and tsunami in 2011 destroyed the Fukushima Daiichi plant’s cooling systems, causing triple meltdowns and the release of large amounts of radiation.

Water that was used to cool the three damaged reactor cores, which remain highly radioactive, has since leaked into basements of the reactor buildings but was collected and stored in tanks.

The contaminated water is being stored in about 1,000 tanks at the damaged plant. TEPCO aims to remove storage tanks and make room for facilities needed for the plant’s decommissioning. The tanks are expected to reach their capacity of 1.37 million tons next year.