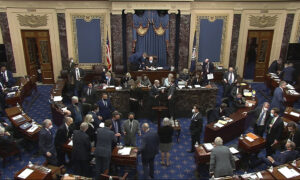 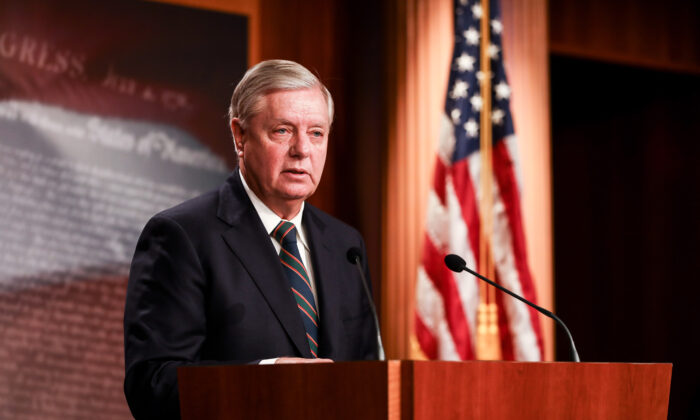 Impeachment Based on Political Differences Becoming the Norm: Lindsey Graham

Sen. Lindsey Graham (R-S.C.), the ranking member on the Senate Judiciary Committee, said that impeachments based on partisan differences appear to be becoming normalized, suggesting that future presidents will face impeachment challenges.

“I hope I will be proven wrong, but it seems that impeachment based on partisan differences seems to be becoming the norm, not the exception,” Graham wrote on Twitter.

“I fear that if this model is followed in the future—impeachment to disqualify one from holding office based on partisan hatred—will become the norm,” the Republican from South Carolina added.

It came after former President Donald Trump on Saturday was acquitted in the Senate 57-43, with seven Republican senators joining all Democrats. The Senate requires a 67-vote threshold to convict a president.

Graham suggested that during the impeachment trial, there were key processes and practices that were omitted.

“For the good of the country, I hope this will be the last Senate impeachment where a President is impeached … without witnesses, and a trial record is built on hearsay upon hearsay,” he said.

Trump’s lawyers primarily focused on the legality of the impeachment effort, saying the effort goes against the Constitution because Trump doesn’t hold office.

“In the most bipartisan presidential impeachment vote in the history of the country, a powerful majority of both houses of Congress found that the former President incited violent insurrection against the Union & the Congress. History will record his terrible constitutional crime,” lead manager Rep. Jamie Raskin (D-Md.) wrote on Twitter following the acquittal vote.

Last month, the House impeached then-President Trump for allegedly inciting violence at the U.S. Capitol, claiming his speech on Jan. 6 prompted a crowd to breach the Capitol building during the Joint Session of Congress.

The president, during his speech, told his supporters to protest “peacefully and patriotically.”

Trump, in a statement, said that he viewed the impeachment effort as a “sad commentary on our times.”

“In the months ahead I have much to share with you, and I look forward to continuing our incredible journey together to achieve American greatness for all of our people,” he said after his acquittal.