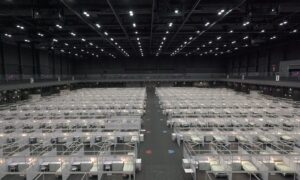 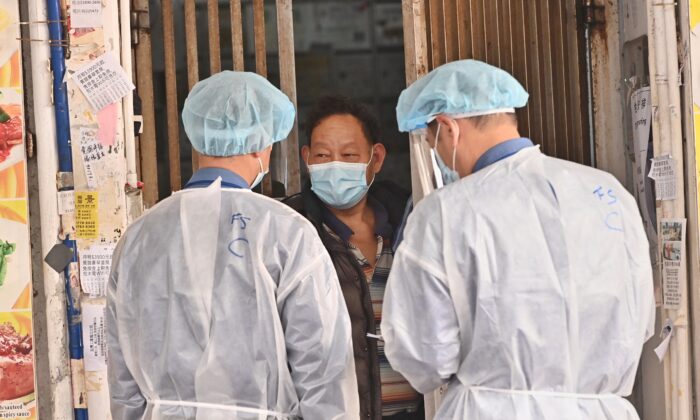 A neighborhood in Hong Kong’s Kowloon Peninsula, a busy urban area, reopened the early morning of Jan. 25 after nearly 48 hours in lockdown over the CCP (Chinese Communist Party) virus.

Local authorities said the lockdown and mandatory testing measures were aimed at achieving the goal of zero CCP virus cases in the Jordan neighborhood of Yau Tsim Mong District, which had seen a spike in positive cases. From Jan. 1 to 20, 162 confirmed cases were found in 56 buildings in the neighborhood, according to a Jan. 23 Hong Kong government announcement.

Community leaders and residents criticized the lockdown process as copying the mainland approach in a “political task” to please Beijing. They added it was “a waste of resources.”

Authorities evoked the Compulsory Testing for Certain Persons Regulation (Cap 599J) for the lockdown. The city’s chief executive Carrie Lam said at a press briefing on Jan. 23, “The government will use this restriction with mandatory testing order when necessary.”

After the mass testing of 7,000 people in the restricted area, 13 returned positive, Hong Kong’s Secretary for Food and Health Sophia Chan said on Jan. 24. The positive test rate was 0.2 percent.

Around 8 a.m. on Jan. 25, a resident told The Epoch Times that had he left his apartment to look for food. He said that he didn’t store any food due to the sudden lockdown. He filled out a form for food deliveries as required by the authorities but nothing was delivered. He only obtained a cup of instant noodles, a can of food, and a mask.

A woman shopping at a local bakery store also said, “We were on our own!” She said he hadn’t seen anyone distributing food to residents in the restricted area.

Chinese New Year is usually the peak season to sell fruits. Mr. Lam, owner of the King of Golden Fruits shop at the market, told The Epoch Times that he would have appreciated more notice in advance of the lockdown. Now, without enough time for people to get supplies, his fruits are spoiling before they can reach consumers.

“The business losses could easily reach HK$100 million (US$12.9 million),” Lam said of the lockdown.

At about 10 a.m. on Jan. 23, the first day of the lockdown, most businesses were closed with notices announcing a temporary suspension of business for up to 14 days.

Pro-democracy community leaders called for a press conference on Jan. 23 to hear concerns from local businesses and residents.

Owan Li, a Yau Tsim Mong district councilor, described the Jordan shutdown as something similar to what was seen in Wuhan a year ago.

“The Jordan neighborhood at the center of Hong Kong has suddenly become a ‘pandemic resistance neighborhood’ with a goal of ‘zero cases,'” he said, adding that the Hong Kong government was eager to accomplish a “political task” to please Beijing, so it copied a mainland approach.

According to Li, many local businesses said they did not receive any formal communication from the Food and Environmental Hygiene Department about the lockdown. These small businesses want to know when they came resume trading, he said, while warning the Hong Kong government that “many Hongkongers have a very tough life now.”

Kenny Lam, chairman of the Yau Tsim Mong District Council, criticized Hong Kong authorities for their use of over 3,000 police officers and testing staff for the lockdown. It was a “waste of resources” and caused a lot of disturbance to the residents’ daily lives, he told reporters.

Most of the residents in the district are grassroots citizens who “suffer immediate losses once they have to stop working” due to the lockdown, Andy Yu, vice chairman of the District Council, said at the press conference. He said that residents haven’t been delivered food in a timely manner, and the provision given were insufficient. Many businesses are also worried about the decay of their inventory and haven’t receive any assistance from the authorities, he added.