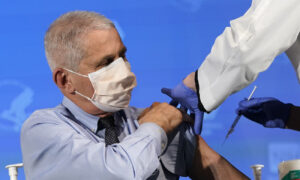 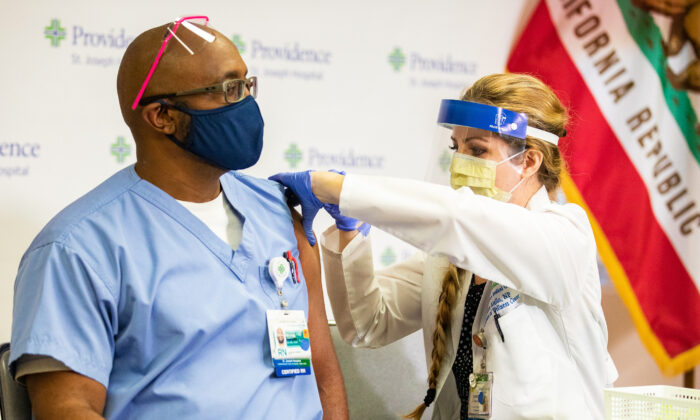 Reports and studies have emerged showing that a relatively high percentage of those working in health care settings are reluctant or refusing to get the COVID-19 vaccine.

A research project tracking the public’s attitudes and experiences with COVID-19 vaccinations has found that nearly one-third of health care workers are “vaccine-hesitant,” saying they probably or definitely wouldn’t get a COVID-19 vaccine even if it were available for free and deemed safe by scientists—a figure slightly higher than the share of the general population.

A December survey published by the Kaiser Family Foundation vaccine attitude tracking project shows an increase in the percentage of the general public saying they would definitely or probably get a COVID-19 vaccine, which now stands at 71 percent, up from 63 percent in September. At the same time, 27 percent of the general population is “vaccine-hesitant.”

The chief concerns among those who are hesitant to get a COVID-19 vaccine are worries about possible side effects, with 59 percent citing this as a major reason, followed by a lack of trust in the government to ensure vaccine safety and effectiveness (55 percent), and concerns that the vaccine is too new (53 percent), according to the survey.

Meanwhile, the share of “vaccine-hesitant” health care workers, at 29 percent, is slightly higher than the general population, according to the survey. At the same time, a handful of reports have emerged showing high rates of frontline health care staff refusing to get the shot.

Earlier this week, Ohio Gov. Mike DeWine said that about 60 percent of the nursing home workers in his state have so far opted not to get a COVID-19 vaccine.

“We aren’t going to make them, but we wish they had a higher compliance,” DeWine said at a Dec. 30 press briefing, in reference to nursing home staff, The Columbus Dispatch reported.

His remarks came as Ohio had just experienced its deadliest month of the pandemic, with the report noting 2,426 deaths from COVID-19 in December.

Public health officials said that around 50 percent of frontline workers in Riverside County in the Golden State have chosen not to get the vaccine, the Los Angeles Times reported, while more than half the hospital workers at California’s St. Elizabeth Community Hospital opted against getting the shot.

In Texas, a doctor at Houston Memorial Medical Center told NPR earlier in December that around half the nurses in the facility wouldn’t get the vaccine.

Harvard epidemiologist Marc Lipsitch told The Los Angeles Times that a high percentage of vaccine refusals may be problematic.

“Our ability as a society to get back to a higher level of functioning depends on having as many people protected as possible,” Lipsitch told the outlet.

Dr. Anthony Fauci, head of the National Institute of Allergy and Infectious Diseases, said in December that between 70 and 75 percent of Americans would need to get the vaccine in order to “get that umbrella of herd immunity.”

Two COVID-19 vaccines have been authorized for emergency use in the United States, one from Pfizer and the other from Moderna, with scientific panels deeming both products safe and effective, and that the benefits outweigh the risks.

The issue of vaccines is the subject of longstanding controversy, in part because some see the inoculation push, driven by the imperative of achieving herd immunity as quickly as possible, as an infringement on personal liberties.