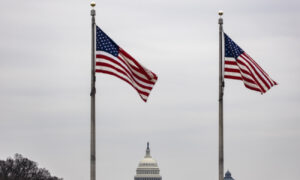 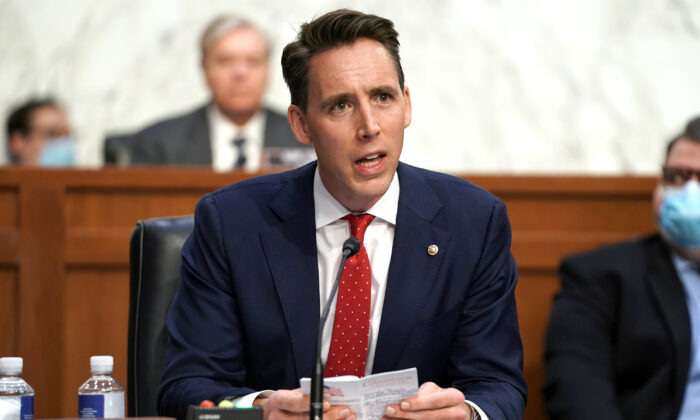 Sen. Josh Hawley (R-Mo.) announced legislation on Feb. 27 that would force big companies to pay their workers a $15 minimum wage.

Hawley’s plan targets corporations with revenue of $1 billion or more, and comes amid a bitter fight on Capitol Hill about the inclusion of a federal minimum wage increase in the Democrats’ $1.9 trillion pandemic relief bill.

“For decades, the wages of everyday, working Americans have remained stagnate [sic] while monopoly corporations have consolidated industry after industry, securing record profits for CEOs and investment bankers,” Hawley said in a statement.

“Mega-corporations can afford to pay their workers $15 an hour, and it’s long past time they do so, but this should not come at the expense of small businesses already struggling to make it,” the Missouri Republican added.

In a separate move, Hawley has proposed other legislation that would boost the wages of employees at smaller businesses. Called the Blue-Collar Bonus Tax Credit, the measure would give workers a tax credit that would effectively raise their per-hour wages 50 percent closer to the median wage—currently $16.50 per hour.

“Wages for blue-collar workers have been stagnant for decades. And government made the problem worse by shutting down the economy a year ago. It’s time we give blue-collar workers some respect and a pay raise,” Hawley said in a statement, in which he argued that the measure wouldn’t burden small businesses as the wage boost would be paid out by the IRS, which means it would encumber taxpayers more broadly.

Democrats’ efforts to boost the federal minimum wage to $15 an hour hit a stumbling block after the Senate’s nonpartisan rule arbiter indicated the wage increase couldn’t be included in the budget reconciliation process, which is how Democrats are seeking to advance the relief bill so as to pass it without having any Republican support.

Senate Parliamentarian Elizabeth MacDonough ruled Feb. 25 that the policy couldn’t be included under budget reconciliation, a process that allows the package to clear the Senate with a simple majority, rather than the typical 60-vote threshold.

So far, not a single Republican in either chamber had publicly said he or she would back the Democrats’ $1.9 trillion package, suggesting that President Joe Biden’s first major legislative initiative could face a wall of unanimous GOP opposition.

“I strongly disagree with tonight’s decision by the Senate Parliamentarian,” Sanders said in a statement on Feb. 25. “In the coming days, I will be working with my colleagues in the Senate to move forward with an amendment to take tax deductions away from large, profitable corporations that don’t pay workers at least $15 an hour and to provide small businesses with the incentives they need to raise wages.”

Wyden, who is reportedly working closely with Sanders on the amendment, said Friday that the concept is for a 5 percent penalty on a big corporation’s total payroll if they pay their workers less than $15 an hour.

Democrats included the minimum wage hike in the relief package despite Republican objections on grounds that it has little to do with combating the pandemic and that the matter should be taken up as part of a standalone legislative effort.

While Democrats could still pursue a minimum wage boost in free-standing legislation or attach it to other legislation, they would still face the challenge of garnering 60 Senate votes, a hurdle that has upended Democratic attempts to boost the minimum wage for over a decade.

Economists have for years hotly debated the issue of raising the minimum wage, with advocates arguing that rising salaries will boost purchasing power and the added spending will lift the economy, while opponents argue it will hurt businesses and lead to higher unemployment.