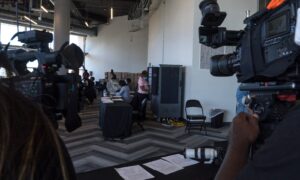 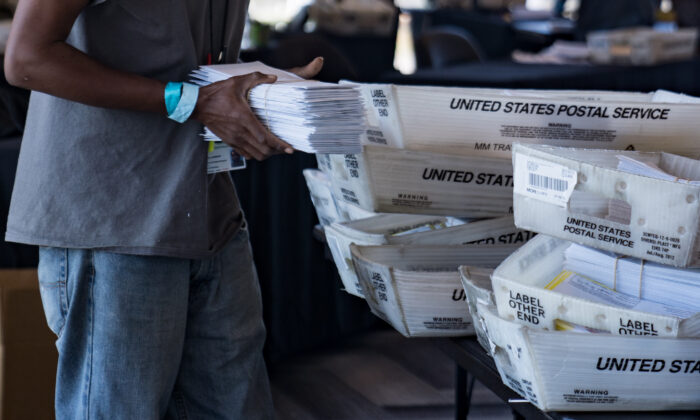 Georgia’s secretary of state said on June 14 that his office will probe Fulton County after an election official there said forms verifying the chain of custody for some mail-in ballots went missing.

“New revelations that Fulton County is unable to produce all ballot drop box transfer documents will be investigated thoroughly, as we have with other counties that failed to follow Georgia rules and regulations regarding drop boxes. This cannot continue,” Georgia Secretary of State Brad Raffensperger, a Republican, said in a statement.

Raffensperger previously announced similar probes in Coffee, Grady, and Taylor Counties. In doing so, he alleged that the state’s other 120 counties had properly completed absentee ballot transfer forms.

Earlier on June 14, Mariska Bodison, with the county’s Board of Registration and Elections, told the Georgia Star News that “a few forms are missing” when asked for documentation on approximately 19,000 absentee ballots that were said to have been placed in drop boxes.

The missing forms would detail the chain of custody for the ballots.

A Fulton County spokeswoman told The Epoch Times in an email that the county “followed procedures for the collection of absentee ballots from Fulton County drop boxes.”

“We maintain a large quantity of documents and researching our files from last year to produce the ballot transfer forms. We have been in communication with the Secretary of State’s office to update them of our progress on this matter,” she said.

Trump has said the 2020 election was rife with fraud, particularly in swing states such as Georgia.

“Whether it be voting machines, underaged people, dead people, illegal aliens, ballot drops, ballot cheating, absentee ballots, post office delivery (or lack thereof!), lock boxes, people being paid to vote, or other things, the 2020 Presidential Election is, in my mind, the Crime of the Century,” he claimed in a June 12 statement.

A group of Georgia voters that alleged in a petition this past year that they witnessed an “abnormal” increase in Biden’s vote count in Fulton County while performing election observation was slated to obtain images of the county’s absentee ballots in late May.

But the judge overseeing the case decided to delay the visit to the county’s ballot storage warehouse, where the images were to be taken by county workers while petitioners or their representatives watched, until he rules on motions to dismiss filed by the county’s Board of Registrations and Elections and two other county agencies.

Garland Favorito, head of the Voter GA election integrity group, and a petitioner, told The Epoch Times that the new admission of missing forms could be used in the ongoing case at some point, but he would have to discuss that matter with his attorney.

Favorito believes the missing forms “could explain why we saw counterfeit ballots.”

Those ballots “could have originated from these drop boxes that don’t have chain of custody forms,” he said. “So I think there is a connection there.”

Susan Voyles, a poll manager who worked on a recount in November 2020, has said she handled ballots she believes were fraudulent or fabricated. Her affidavit was cited in the Fulton County petition, as were affidavits from others who participated in the recount and said they saw ballots they believe were fake. Voyles was later terminated by the county.