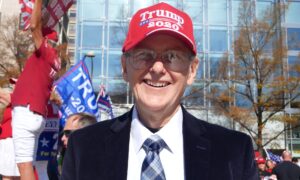 Gov. Rick Scott (R) has filed lawsuits against the election supervisors in two of Florida’s Democratic strongholds over the lack of transparency in vote counting for the midterm elections.

Scott says both Snipes and Bucher have failed to provide information about outstanding ballots that have yet to be counted.

“Every Floridian should be concerned there may be rampant fraud happening in Palm Beach and Broward Counties. And the Broward Supervisor of Elections Brenda Snipes has a history of acting in bad faith,” Scott told reporters at a late night press conference.

“I will not sit idly by while unethical liberals try to steal this election from the great people of Florida.

“Every day since the election, the leftwing activists in Broward county have been coming up with more and more ballots out of nowhere,” he said from the Governor’s Mansion in Tallahassee.

“We all know what is going on. Every person in Florida knows exactly what is happening. Their goal is to keep mysteriously finding more votes until the elections turn out the way they want.”

On Nov. 7, Scott had declared victory in the Senate race over three-term incumbent Bill Nelson (D). However, Scott said late Nov. 8 that the election offices in Broward and Palm Beach had been failing to provide updates about the number of ballots to be tabulated since polling closed and were “mysteriously finding more votes,” which had narrowed his winning margin.

“So—it has been over 48 hours since the polls closed and Broward and Palm Beach Counties are still finding and counting ballots—and the Supervisors—Brenda Snipes and Susan Bucher—cannot seem to say how many ballots still exist or where these ballots came from, or where they have been,” he said.

Under Florida law, if the margin is closer than 0.5 percent, a recount is required.

Scott held a 0.21 percentage lead Nelson on Nov. 8 afternoon. Nelson’s campaign released a statement saying Scott’s action appears to be politically motivated and borne out of desperation as he tries to win the Senate contest, according to AP.

Scott relayed how his win had been projected on election night to be around 57,000 votes—only to find that number has drastically decreased to 15,000 two days later. He also pointed out the phenomenon of new votes being found since election night—some 78,800 in Broward County and 15,000 in Palm Beach County.

Scott pointed out how the two counties failed to adhere to Florida law.

“Both Broward and Palm Beach Counties have failed in their duty to follow Florida law which requires that vote by mail and absentee ballots are accounted within 30 minutes of polls closing,” Scott said.

The lawsuit filed against Snipes also said the Broward County elections office had allegedly violated public records laws by not providing voter and ballot information as per Scott’s campaign request.

For Palm Beach County,  the election office had “failed to update the Department of State since 10:19 a.m. yesterday (Nov. 7). This is in complete violation of Florida law which requires updated reports every 45 minutes until results are completely reported,” Scott said.

“Palm Beach County is also refusing to provide information to the public. And they are illegally refusing to allow official party representatives into the ballot counting area and forcing people to stand behind a glass wall with limited visibility and no ability to hear what is going on. This is a clear violation of Florida law—and we have just filed a lawsuit.

“There are 67 counties in Florida, only these two counties are involved in these shenanigans,” Scott pointed out. “There are no other other counties—Republican or Democrat—that are trying to steal this election, or who are still finding ballots.”

Law Enforcement is looking into another big corruption scandal having to do with Election Fraud in #Broward and Palm Beach. Florida voted for Rick Scott!

Earlier in the day, Sen. Marco Rubio (R-Fla.) had raised his concern about Palm Beach and Broward counties, as they were still counting votes.

Broward Elections Supervisor Brenda Snipes “isn’t reporting hourly or regularly, but rather releasing thousands of additional votes, often in the overnight hours, that are chipping away at GOP leads,” Rubio said in a tweet.

“Now democrat lawyers are descending on #Florida. They have been very clear they aren’t here to make sure every vote is counted.

“They are here to change the results of election [and] #Broward is where they plan to do it,” he said.

This video,posted by an Independent Cong candidate in 18 (who was endorsed by Bernie Sanders in 16) purports to show BrowardCounty ballots being transported from polling places in private cars.

Has anyone in local media looked into this claim or asked elections dept about it? https://t.co/1JztfdRudn

Broward County Elections Department has a record of repeatedly breaking state laws and was successfully sued for it.

In 2016, Republican poll watchers found out that the department’s staff were opening absentee ballots in private, which is illegal, and then disposing the ballots. By law, absentee ballots must be able to be made public to citizens who want to check that the ballots were cast correctly. A judge ordered that Snipes change the way the process is handled so the violation wouldn’t happen again.

In May, a judge also found Snipes guilty of prematurely destroying ballots from the 2016 congressional primary between Rep. Debbie Wasserman Schultz and then-Democratic rival Tim Canova.

After the August primaries, Broward was also the last county in the state to post results.

Petr Svab of The Epoch Times contributed to this report.