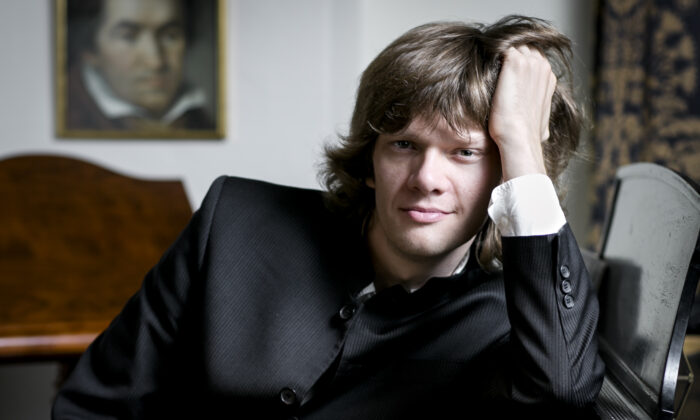 An interview with composer and pianist Arsentiy Kharitonov
By Raymond Beegle 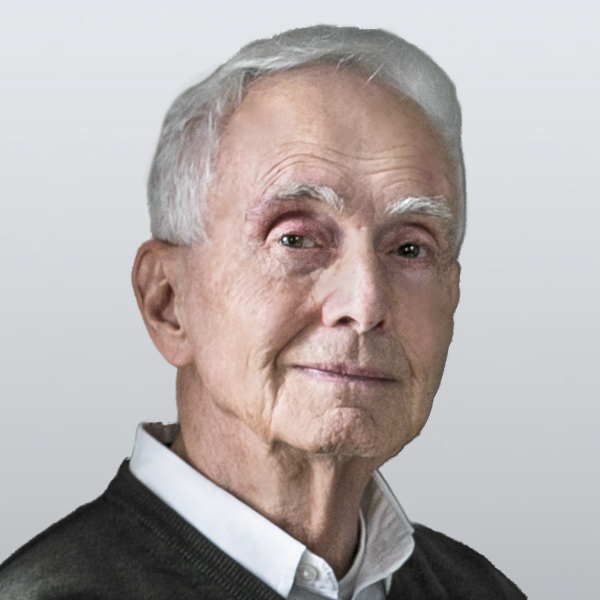 Raymond Beegle
Raymond Beegle has performed as a collaborative pianist in the major concert halls of the United States, Europe, and South America; has written for The Opera Quarterly, Classical Voice, Fanfare Magazine, Classic Record Collector (UK), and The New York Observer. Beegle has served on the faculty of the State University of New York–Stony Brook, the Music Academy of the West, and the American Institute of Musical Studies in Graz, Austria. He has taught in the chamber music division of the Manhattan School of Music for the past 28 years.
View profile
Follow
biggersmaller
Print

I have observed over the years that when institutions like the New York Philharmonic present a world premiere, the work is placed somewhere in the middle of a concert, for the good reason that when it is programmed last, the audience usually bolts for the door.

New “classical” music is not popular in the concert halls. It is, as a rule, incomprehensible and prompts a long, equally incomprehensible explanation in the program notes. One has come to suspect that the composer is not speaking from the heart, not telling the truth, but trying to create a sensation, to shock us, to impress us with his brilliance and originality. The old truism comes to mind that people say many stupid things when their sole motivation is to say something original.

It is refreshing to hear, therefore, that for the annual Modern Tonal Academic Music Fest Competition, held by Russian organization (STAM), the final judge is the audience rather than a panel of scholars and experts with their attendant prejudices and political agendas.

STAM is an institution devoted to supporting and encouraging serious contemporary music and musicians by presenting lectures and concerts throughout the various republics of Russia, and by hosting an annual competition for composers.

Arsentiy Kharitonov, a citizen of both the United States and the Russian Federation, is the recent winner of the competition’s first prize. The young composer is already an established pianist with a distinguished international career, and his music is rooted in tradition, rich in melodic content, and harmonically adventuresome. It is honest, it has much to say, it has a voice of its own, and needs no explanatory notes in the program.

Kharitonov’s compositions have not gone unnoticed in the United States. Derek Bermel, artistic director of the American Composers Orchestra (ACO), wrote: “I especially admired the harmonic chops, which is rare these days among American composers. You can hear the sparkle and edge of Shostakovich and Prokofiev, but its heart seems to be in the lyricism of Rachmaninoff. It was a real pleasure to hear this dynamic work.”

Bermel’s institution, the ACO, in many ways a sister society to STAM, is dedicated to the performance and promotion of orchestral music by American composers throughout the United States. It hosts an annual competition as well, and the laureate concert is held in New York’s fabled Carnegie Hall.

Inside the Creative Mind of Arsentiy Kharitonov

One wonders, of course, about the mind of a composer: Where does his music come from? What comes first? Rhythm? Melody? Mood?

Kharitonov told me in a telephone conversation: “What comes first is a necessity. A desire to create. In my particular case, the way I get musical ideas is by sheer chance, by improvising at the piano, finding, and writing things down. Most often it results in nothing. Though, in my hierarchy of musical elements, first comes the melody. I consider music to be faceless if there is no melody. Thus, like an entomologist who collects butterflies, I collect melodies that come to my mind.”

Such a remarkable answer produced more questions. I asked him about Mozart’s manner of composing as opposed to Beethoven’s. Mozart simply heard an entire work in his mind and, when it was complete, wrote it down; Beethoven worked sometimes for years on a symphony, and on other pieces simultaneously. What about Arsentiy Kharitonov?

“I don’t start working on any particular piece until I figure out the outline. Yet, I’m not comparing myself to Mozart. Because I am very doubtful by nature, I nurture the approximate outline in my head as much as possible before I grab a pencil. And then comes the torturous, obsessive process of endless rewriting, scratching, erasing,” he said.

Music Is About Something

Beethoven once asked a friend what came to his mind when hearing a passage in a particular string quartet. The friend replied, “It pictured for me the parting of two lovers.” Beethoven responded, “Good! I thought of the burial scene from Romeo and Juliet!” This seems to mean that music is about something.

I asked Kharitonov what his winning composition was about. He answered: “Unlike Beethoven who was the mouthpiece of this universe and whose music is the objective truth, I am yet another example of subjective reality: my thoughts and my shadows. And the music that I write is the result of my unconscious and my past. I try not to fantasize and show off my intelligence in the music that I compose; I don’t want it to sound pretentious. Rather, I trust my impulses. And as I look back, all I see is a musical self-portrait, whether I like it or not. At least, I am being honest.”

Until the first decades of the 20th century, classical tradition was organic in its growth. One sees the development of Mozart from Bach, of Beethoven from Haydn, and so on. What does the young composer think caused the sudden explosion of revolutionary rather than evolutionary thought beginning with Arnold Schönberg’s rejection of our musical vocabulary in his atonal music, or the “wrong note” school of Elliott Carter and Carl Ruggles, or the coffeepot and airplane motor music of John Cage and George Antheil, or the hypnotic “minimalism” of Philip Glass and Stephen Reich?

“There was always a relay of traditions from composer to composer,” Kharitonov said. “Buxtehude-Bach-Mozart-Beethoven-Schumann-Tchaikovsky-Rachmaninoff-Prokofiev, etc., to name at least one definite line. It seems to me that the end of the 19th, beginning of 20th centuries is the peak of musical evolution—the so-called Late Romanticism/Symbolism.

“And then comes something that is rather usual to humankind—the necessity for change. This necessity was always there; otherwise, composers would still be working in the traditions of 12th-century Ars Antiqua, and all the periods and styles such as Renaissance, Baroque, Classicism, and Romanticism would not exist.

“The only difference is that with all those earlier epochs, music style was developing, flourishing, adopting new laws, and getting more sophisticated for the sake of beauty and expression. Then we have the peak. When nothing could be added but change is still necessary, the artists started to simplify forms and refuse the accumulated artistic traditions. It is very noticeable in visual arts with reductions (refusals) of the law of composition, the law of perspective, etc. Malevich and his “Black Square” comes to mind as a manifest to canceling everything that was before and yet giving nothing as a replacement.”

“Similar things started to happen in music,” he said.

“Composers started to strip their music of harmonies, melody, form, etc. Now, composers seem mostly interested in simply exploring timbre. The necessity of change was fueled by an ambition to be different. All those composers you named, they have different values than Monteverdi, Schubert, or Chopin.

“Though, I want to clarify that I don’t ignore the music of the 20th and 21st century, and I am for change as well, as it is a paradigm of human development. And I do not consider myself a retrograde either, yet I am sure all these composers you’ve mentioned would label me as one.

“In my defense, as a pianist I can state that today’s audience relates to the music by Rachmaninoff, Beethoven, Tchaikovsky, and Brahms way better than to any music of so-called contemporary composers. Perhaps they aren’t contemporary then!”

Finally, I asked about the responsibility of the creator to his society. Does music have a moral element? A moral responsibility? His reply: “I do not think that composers set their music as a moral compass intentionally. It becomes one if the composer reflects profoundly upon the world he lives in.”

A discerning audience, not a group of “experts,” awarded first prize to Arsentiy Kharitonov for his “Four Vignettes Op. 49 for Four Violins.” The audience  deemed the composition “good.” And what does that mean? Author Virginia Woolf, who criticized the loss of culture in the 20th century, pronounced a particular work “good” because “it expanded the mind, and purified the heart.”

Of course, structural virtuosity is important, and Kharitonov certainly has that, but most important is the effect on the mind and heart of the listener. This suite of four musical sketches does indeed expand the mind and purify the heart. It is imaginative and truthful.

Characteristically Slavic in temperament and style, the transition from the ways of his great predecessors is clear and, one may add, hopeful. The sharp edges of Shostakovich and Prokofiev are somewhat smoothed, their anxious tone becomes quieted, irony disappears, driving rhythms are less desperate, and glacial aloofness is warmed into something eminently human and approachable.

The more remote 19th-century past is very much alive in this composition as well. The lyrical third movement, its grace and beauty, proves that there are still beautiful melodies to be drawn from our major and minor scales, that there are still apples to be picked from the tree. How remarkable, wonderful, and hopeful it is to find such a musical achievement, so orderly, so vigorous, so friendly, born into our not-so-orderly, not-so-friendly world. Arsentiy Kharitonov has won a prize, and our tradition has scored a victory.

Raymond Beegle
Follow
Raymond Beegle has performed as a collaborative pianist in the major concert halls of the United States, Europe, and South America; has written for The Opera Quarterly, Classical Voice, Fanfare Magazine, Classic Record Collector (UK), and The New York Observer. Beegle has served on the faculty of the State University of New York–Stony Brook, the Music Academy of the West, and the American Institute of Musical Studies in Graz, Austria. He has taught in the chamber music division of the Manhattan School of Music for the past 28 years.