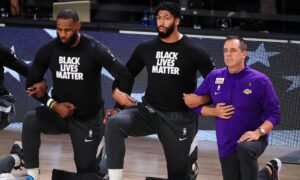 Update: Since the time of writing, Finding Manny has screened at eight film festivals, winning awards at three, including a Platinum Remi Award at the Houston International Film Festival (Worldfest).

When I was in high school, among the most popular academic aphorisms, particularly in history class, was philosopher George Santayana’s “Those who cannot remember the past are condemned to repeat it.”

But that was in the early Paleolithic Age. Nowadays, in the era of “critical theory,” there’s said to be no factual past, no real past, to repeat. Everything is narrative, except their narrative, of course, like the 1619 Project, which is suddenly the truth.

Our educational system has been mired in this ideological trap of no information or disinformation with depressing, even mortifying, results.

A salient example is a recent survey of millennials and Gen Z that revealed their knowledge of the Holocaust is spectacularly low:

“Thirty-six percent thought that ‘two million or fewer Jews’ [not six million plus] were killed during the Holocaust, and 48 percent could not name a single camp or ghetto established during World War II, despite the fact that there were more than 40,000 of them.

“‘In perhaps one of the most disturbing revelations of this survey, 11 percent of U.S. Millennial and Gen Z respondents believe Jews caused the Holocaust,’ Claims Conference writes.”

How do you counteract this woeful ignorance of what is numerically by far the most horrifying example of genocide in human history—and one that occurred relatively recently at that—so it will not, in Santayana’s words, be repeated?

One way is by making films such as “Finding Manny.”

This well-wrought, compelling, and heartfelt documentary is the true story of Manny Drukier, father and father-in-law of Epoch Times/NTD stalwarts Cindy Drukier and Jan Jekielek, who produced with the director, Kacey Oliver Cox, and Joe Wang. Stephen Baldwin narrated.

Cindy and Jan also appear in the film, as does Manny, of course, who was but 11 when WWII broke out. The young boy then went into hiding, was captured by the Nazis and shuttled between several concentration camps in three countries, including the infamous Buchenwald, watched countless people die—some via extermination, some via starvation—did time in a forced labor camp from which few made it out alive, barely escaped, and finally jumped from a train near the end of the war to avoid certain death himself.

The documentary of this life story is a family affair as multiple generations convince the now nearly nonagenarian Manny to return to the scenes of his very frightening youth.

Like many Holocaust survivors, Manny had been reluctant to discuss what happened to him with his children when they were growing up—the atrocities were too great to confront. But due to an invitation from a German institution that took care of orphaned boys like him immediately after the war, he finally agreed to take a trip to that past.

So the film is a family reunion of sorts as the generations journey ensemble to Poland, Austria, and Germany, visiting basement hiding places and concentration camps and the now-modern orphanage where Manny reconciles with contemporary Germans.

Everyone learns and profits from the experience. But is this all worth seeing again, “Arbeit Macht Frei” and all that? Didn’t Spielberg cover the neighborhood?

Because I am the screenwriter of two fictional Holocaust films, one of which was a multiple Oscar nominee, I too often think I have had enough. I gave at the office, as it were.

That, however, is a lie to the self, a big one. We have never had enough when it comes to being reminded of evil as titanic as the Holocaust. Forgetting is too easy, as the poll cited above tells us all too clearly.

The word genocide is bandied about also too easily these days, even when a few people get into a fistfight in Portland, Oregon. They need to see what real genocide was.

Moreover, we have reached a point when there are few actual survivors, few Manny Drukiers, left to tell the first-hand story of what happened. We should be grateful when they do. They are precious.

“Finding Manny” is a highly worthy and important contribution to the Holocaust film canon and I advise everyone—no matter how much they think they know about the subject—to devote only 57 minutes of their time and see it.

The film has been selected for several film festivals, including first the Albuquerque Film + Music Experience on Sept. 24 (then available online until Oct. 1). And on Sept. 26 as it debuts the Moving Parts Film Festival, followed by a Q&A session; streaming is also available afterward. Both festivals are accessible internationally.

Roger L. Simon is an award-winning novelist, Oscar-nominated screenwriter, co-founder of PJ Media, and now a columnist for The Epoch Times.