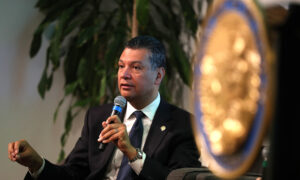 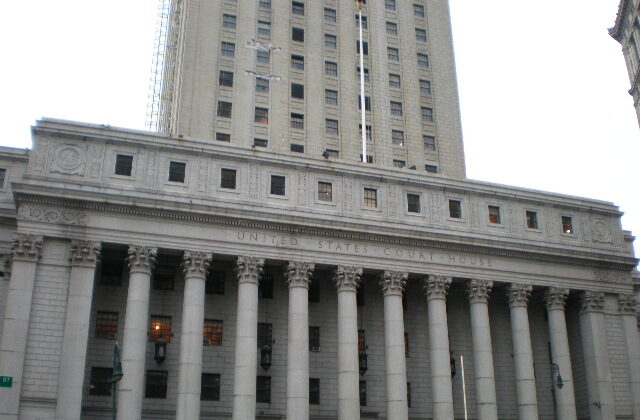 Gov. Andrew Cuomo lost another round in federal court when a three-judge panel from the U.S. 2nd Circuit Court of Appeals vacated a lower court’s prior decision favoring the New York Democrat’s severe limits on worship gatherings.

In a highly unusual Jan. 5 ruling, the judges rejected an injunction against the limits sought by Catholic priest Steven Soos, but, at the same time, remanded the case to the lower federal district court.

The lower court was instructed to reconsider its prior decision upholding Cuomo’s directive in light of the Supreme Court’s Nov. 25, 2020, ruling in Catholic Diocese of Brooklyn v. Andrew M. Cuomo, Governor of New York.

The high court said in that ruling that religious groups must not be subjected to more severe restrictions than other entities, such as grocery stores, gyms, bars, and casinos. Officials proposing such restrictions must demonstrate a “compelling state interest” requiring the regulation and that it is applied in the narrowest possible manner.

Cuomo’s limits were issued last year as public health regulations designed to combat the spread of the CCP virus, which is also known as the novel coronavirus.

The governor’s “Cluster Action Initiative” limited worship gatherings to no more than 10 people or 25 percent of a building’s capacity in so-called red zones. The limits were 25 people and 33 percent in “orange” zones.

“The district court refused to give us an injunction [against the Cuomo restrictions], but the 2nd Circuit, on our motion for an injunction, pending appeal, in view of what happened in Brooklyn Diocese didn’t grant the injunction pending appeal but actually did something even better,” Attorney Christopher Ferrara told The Epoch Times on Jan. 11.

Ferrara is with the Thomas More Society, a Chicago-based law firm that specializes in religious freedom cases and represents Soos.

“The decision below is vacated in light of Brooklyn Diocese, so the refusal to give us an injunction in the district court was set aside and we are being returned to the district court for reconsideration of both the in-person cap and the percentage-capacity limits,” Ferrara said.

“It’s a simple question of equality of treatment. The Supreme Court is not persuaded in Brooklyn Diocese by all these arguments that somehow churches are more dangerous than factories and supermarkets and big-box stores, and liquor stores because well, they’re sitting close together,” he said.

In other words, Ferrara continued, “the Supreme Court said if you’re allowing Costco to operate, you’ve got to let churches operate. It’s really just that simple.”

There are multiple cases in the federal judiciary concerning the issue of whether state and local officials can apply disparate standards to worship gatherings and all other places of congregation and business.

Ryan Tucker, senior counsel and director of Christian ministries for the Alliance Defending Freedom (ADF), told The Epoch Times on Jan. 11 that he believes the 2nd Circuit is “very clearly telling complainants and others is that these numerical caps do not pass constitutional muster,” but the lower court is being instructed to similarly review the percent-of-capacity limits as well.

Asked why the capacity limit might be viewed as acceptable when the cap on attendees isn’t, Tucker explained that “in the Diocese of Brooklyn case looked at for example an auditorium with 1,000 seats, and the question was why is it that a thousand-seat auditorium would be limited to 10 people or 25 people versus a percentage capacity. If you have 50 percent capacity, then you can let 500 people in, as opposed to 10 or 25, so that may be the rationale.”

In a related development on Jan. 11, Tucker said the Supreme Court instructed Nevada Gov. Steve Sisolak and other state officials to respond to ADF’s petition on behalf of Calvary Chapel Dayton Valley church’s appeal against worship restrictions that allow the state’s famous casinos to operate unimpeded, while imposing severe limits on worshippers.

While the order doesn’t mean the Supreme Court will accept the Calvary Chapel Dayton Valley case for consideration, it is an indication of definite interest in it, Tucker said.