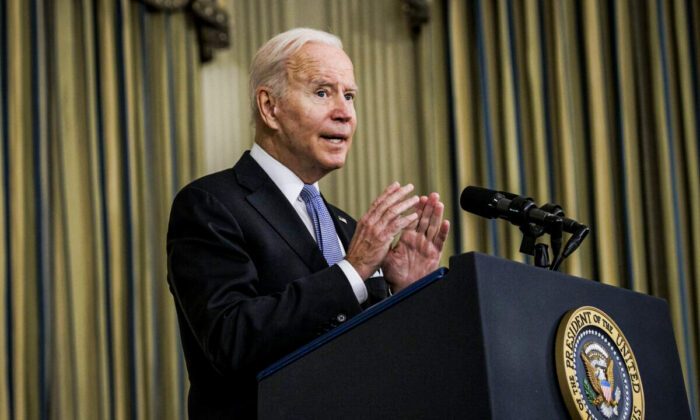 President Joe Biden speaks during a press conference at the White House in Washington on Nov. 6, 2021. (Samuel Corum/Getty Images)
By Zachary Stieber