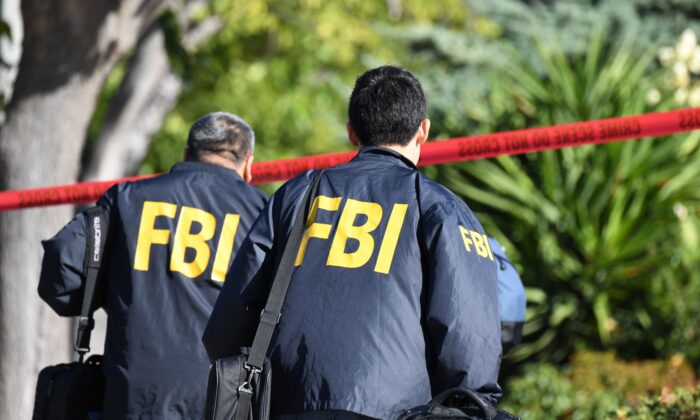 Houck, 48, of Kintnersville, Pennsylvania, is the latest target of a string of Department of Justice-sponsored SWAT raids and arrests, as at least two dozen federal agents swarmed his property in Bucks County with around 15 vehicles at 7:05 a.m. on Sept. 23, reported LifeSite News.

“The kids were all just screaming,” Houck’s wife, Ryan-Marie, told the online news portal. “It was all just very scary and traumatic.”

The father of seven is also co-founder and president of The King’s Men, a nonprofit group that promotes healing for victims of pornography addiction. Houck drives two hours south to Philadelphia every Wednesday to sidewalk council for six to eight hours at two different abortion centers, according to his wife.

The wife described an incident in which her husband “shoved” a pro-abortion activist away from his 12-year-old son after the man kept hurling “crude… inappropriate and disgusting” comments at the Houcks and entered the son’s “personal space.” The man, who was not hurt, tried to sue Houck. Ryan-Marie told LifeSite that the violation charge was thrown out of the District Court in Philadelphia this summer, but was somehow picked up by the Justice Department.

The Justice Department, meanwhile, accused Houck of having twice assaulted a reproductive health care clinic escort, identified in an indictment as “B.L.,” in violation of the Freedom of Access to Clinic Entrances Act, which makes it a federal crime to use force with the intent to injure, intimidate, and interfere with anyone because that person is a provider of reproductive health care.

If convicted of the offenses, Houck faces up to a maximum of 11 years in prison, three years of supervised release, and fines of up to $350,000, according to a Sept. 23 press release.

The 25 to 30 fully armed officers kept pounding at the door and yelling despite Houck’s peaceful attempts to placate them.

“Please, I’m going to open the door, but, please, my children are in the home. I have seven babies in the house,” Houck said, according to his wife. When he opened the door, “they had big, huge rifles pointed at Mark and pointed at me and kind of pointed throughout the house,” Ryan-Marie Houck told LifeSite.

“I don’t really know what’s going to come of it when you see guns pointed at your dad and your mom in your house when you first wake up in the morning,” she told the outlet.

With no little irony, we have another incident of gratuitous terrorism from the FBI, in the SWAT raid arrest of Mark Houck. https://t.co/OIOBSgftMO

After Ryan-Marie Houck accused the FBI of kidnapping her husband, the agents provided the first page of the search warrant and said they were taking her husband to “the federal building in downtown Philadelphia.”

The Department of Justice and FBI did not immediately return a request for comment.