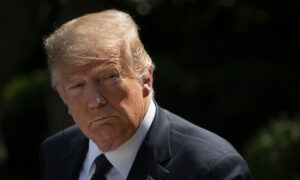 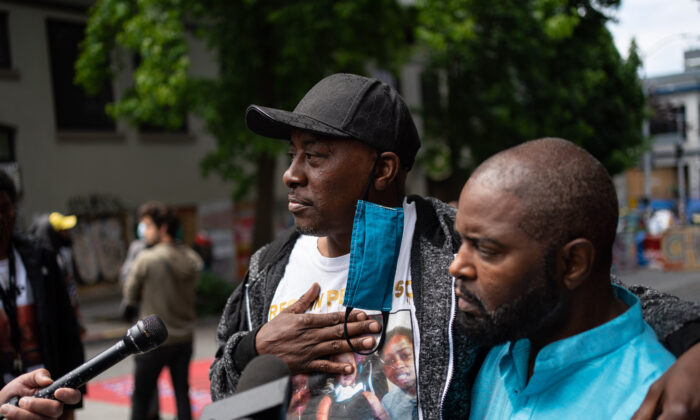 The father of a teenager with special needs who was gunned down in Seattle’s so-called autonomous zone filed lawsuits this week against the city, county, and state, seeking $1 billion from each.

City officials tolerated the zone, known as “CHOP,” for weeks before shutting it down on July 1 following the murders of Anderson and another black man.

Evan Oshan of Oshan & Associates is representing Horace Anderson, Lorenzo Anderson’s father. He told The Epoch Times that the lawlessness of the zone made the death foreseeable.

“There was no safety, there was no security. This whole region was completely abandoned and this special needs kid, basically, was put into a dangerous situation,” he said.

“It was a predictable, preventable death.”

A city spokeswoman told The Epoch Times in an emailed statement that city officials are not able to comment on pending claims or litigation.

Inquiries sent to the county and state weren’t returned.

The filings claim that the action and inaction by city, county, and state officials are directly responsible for creating the chaotic situation.

The state abandoned the zone “without a working plan to provide essential services, creating a danger,” one of the lawsuits says. After the shooting, the state “failed to provide medical assistance to Lorenzo Anderson despite knowing it was urgently needed,” it added. “He died.”

“If that is your mother, your sister, your cousin, your neighbor’s kid that is being raped, robbed, assaulted, and otherwise victimized, you’re not going to want to have to report that it took the police three times longer to get there to provide services to them,” Best said on June 12.

Video footage showed police officers turned away from the zone by angry demonstrators, some of whom were armed.

Seattle Mayor Jenny Durkan and Washington Gov. Jay Inslee, both Democrats, rebuffed offers of assistance from the federal government. At one point, Durkan claimed in a CNN appearance that the occupation could lead to a “summer of love.”

The situation developed the way it did because of “our elected officials lacking the political willpower to enforce the rule of law,” Mike Solan, president of the Seattle Police Officers Guild, a police union, told The Epoch Times in June.

“This is the closest I’ve seen to becoming a lawless state that I’ve seen in my lifetime,” he said. “You have an area of a city, a major urban area, in the United States of America, where armed people are in control of government-owned roadways, but also government-owned facilities, but also privately-owned buildings and privately-owned property.”

Oshan, the lawyer, told The Epoch Times that he believes punitive damages will be awarded.

Leaders “have a responsibility and they’ve let us down, completely,” he said, adding, “This case is going to teach a lesson.”

The lawsuits follow a class-action filing from business owners and residents who also argued that city officials abdicated their duty by allowing the autonomous zone to persist and even provided support in the form of portable bathrooms and other measures. Durkan is also battling a recall petition.

Horace Anderson’s already-devastating loss of his son was exacerbated by the city not contacting him about the death until a week after it happened, and by being blocked from seeing his son’s body.

Anderson, a nonpartisan who prefers to stay out of politics, was stunned when he got a call from President Donald Trump.

At the time, in early July, Anderson said he was struggling to sleep. Oshan said he’s still traumatized by what happened.

Marcel Long, 18, was charged several weeks ago with Lorenzo’s murder. He is still not in custody.