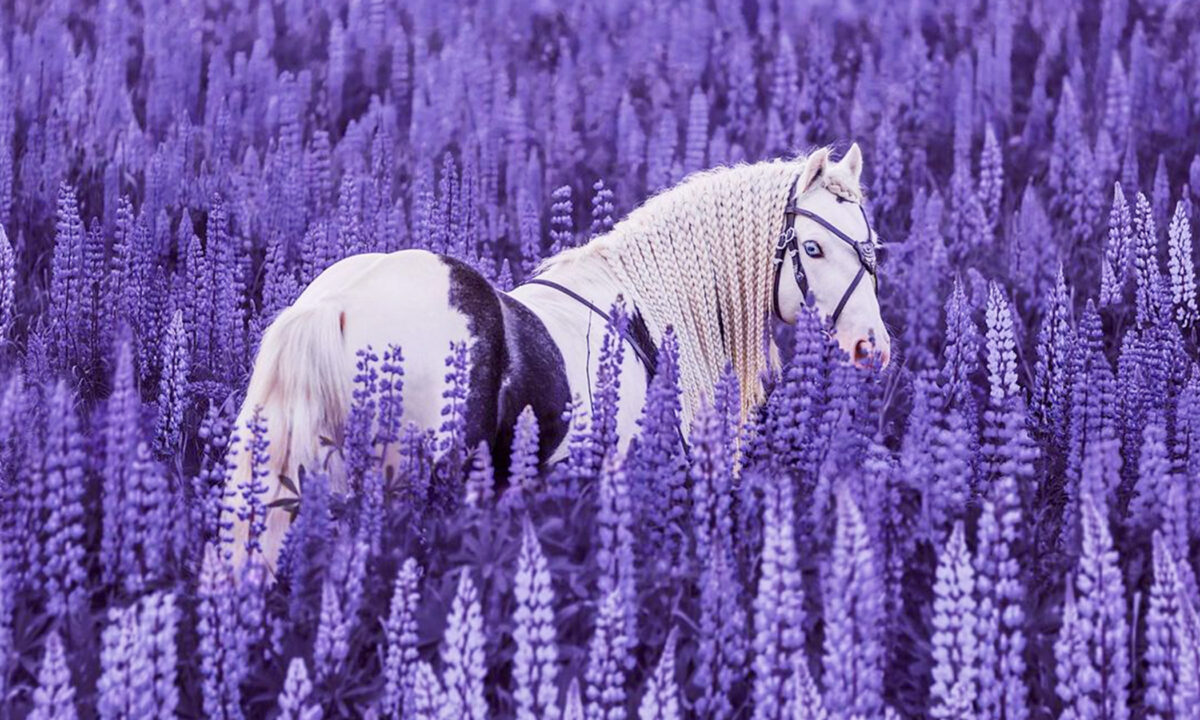 Fairytale-Like Footage of This ‘Blue-Eyed, Handsome’ Horse Will Take Your Breath Away

When a Russian photographer taking photos in a flower-filled meadow invited a white horse to join the scene, magic happened.

Her fairytale-like footage has since racked up tens of thousands of fans on social media.

Photographer Kristina Makeeva met dwarf tinker Hidalgo at the beginning of summer 2020 in her home city of Moscow. She claims she was delighted by the “blue-eyed, handsome” horse from the moment of his first appearance.

“We filmed fields of flowering agricultural lupins and invited [Hidalgo] to join us,” Kristina told The Epoch Times.

“These lupins were bred in the Soviet Union to feed livestock, so they are not poisonous, as many believe, and the horse eats them with pleasure. Horses themselves will not eat what is poisonous for them.”

“I like to walk around Moscow as a tourist, and every time, I try to look with new eyes,” she added.

The fruits produced by Kristina’s labor were a magical photo and video series that she shared on Instagram, in which Hidalgo’s braided white mane, piebald coat, and blue eyes are in stunning contrast to the purple lupins around him. In some photos, a ballerina stands on pointe beside him, emphasizing the fairytale quality of the scene.

Kristina shares photos of Hidalgo, and much more, on Instagram. She says she used color correction only during the editing process.

“I always need to embellish reality,” she explained. “I studied as a graphic designer; it strongly influenced my work. Designers always create their worlds out of nothing.”

When not taking photos of extraordinary scenes in nature, Kristina loves walking around the city of Moscow to enjoy its many “pearls of architecture,” and the lanterns, festive illumination, and bright white snowflakes that give the city its winter wonderland appeal.

She picked up her first camera at the age of 16, a Panasonic video camera with a photo resolution of 640 by 480 pixels in JPG format. Later, she began traveling to broaden her horizons.

“Traveling opens up a new world for us, expands our consciousness, inspires, and makes us tolerant,” she said. “All this greatly influenced my work.”