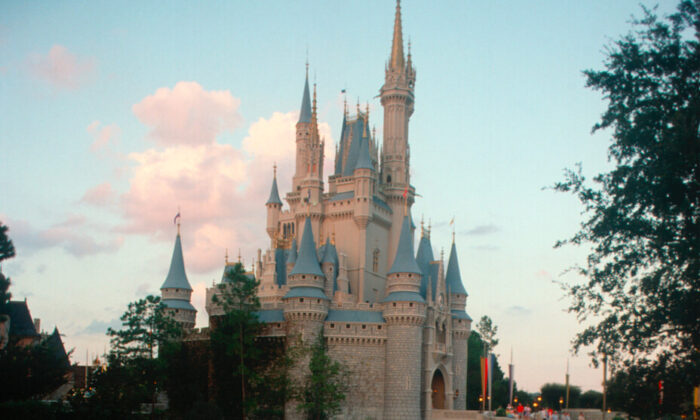 Disney is pausing the enforcement of its COVID-19 vaccine mandate in Florida in response to the state’s enactment of a law placing several restrictions and requirements on companies that mandate vaccines for employees, according to an internal memo obtained by The Epoch Times.

“As we assess the full impact of this new legislation, we are immediately pausing the enforcement of our mandatory vaccination policy for Florida-based cast members and employees until further notice,” the memo stated.

“All pending requests by Florida-based cast members and employees for an accommodation exempting them from the company’s vaccine mandate will be considered on hold for the time being and [there] will not be evaluation.”

Disney Resort employee Stephen Cribb said she thinks the company is using the pause to regroup and “to see what their recorse is.

“This has thrown them off a bit–once they figure things out, legally, to see how they can get around the law,” Cribb told The Epoch Times.

The memo was forwarded to the Governor’s Office and was met with mixed reactions.

Christina Pushaw, press secretary for Gov. Ron DeSantis, said that it would be in Disney’s best interest—as well as other Florida-based companies—to comply with the law.

“Disney has amended its vaccination policy to comply with Florida law,” she said in an emailed statement. “We expect that all companies in Florida will likewise follow the law signed by Gov. DeSantis yesterday. Nobody should lose his, or her, job over COVID mandates.”

The Epoch Times reached out to the media relations department at Disney World, but they would not comment on the memo—or if they planned to rehire hundreds of employees who lost their jobs due to the vaccine mandate.

County Citizens Defending Freedom, an advocacy group for any Floridian who “helps citizens to defend themselves,” is happy with Disney’s decision to pause the policy.

“If Disney rehire those employees, it will be a great holiday season for everyone,” he said over the telephone. “We are happy that Disney has made this decision, but there is much more to do.”

Nick Carturano, a server at Disney, said he has held the hands of co-workers crying because they “chose their convictions over their job.”

He also said the union that is supposed to “fight for their employees” has done nothing for them.

After Disney implemented their COVID-19 policy for union and non-union employees to be fully vaccinated, some either left their positions or were terminated as a result of non-compliance.

Correction: A previous version of the article incorrectly described the nature of the recently enacted Florida law concerning vaccine mandates. The Epoch Times regrets the error.