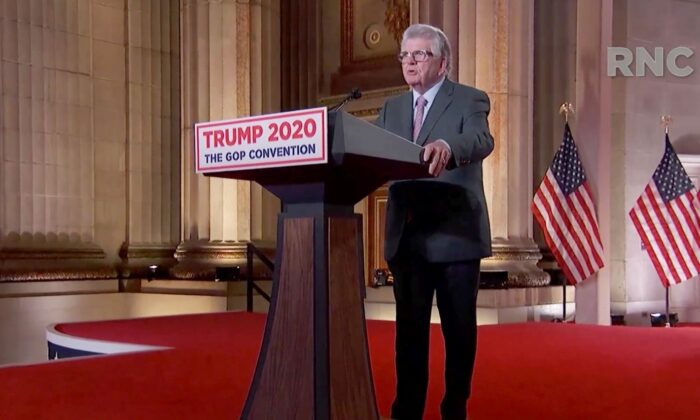 Florida businessman Maximo Alvarez on Monday evening warned against the threat of socialism during a speech at the Republican National Convention (RNC), explaining that he fled communist Cuba when Fidel Castro and his regime took over the island nation decades ago.

He said that free health care, calls to defund the police, and other claims from the far-left wing of the Democratic Party “sound familiar” compared to assertions that were made by Castro.

In a speech endorsing President Donald Trump’s reelection, Alvarez said that violence and unrest in a number of cities over the summer were reminiscent of what happened in Cuba in the 1960s.

“Those false promises—spread the wealth, free education, free healthcare, defund the police, trust a socialist state more than your family and your community—they don’t sound radical to my ears. They sound familiar,” he said.

“The country I was born in is gone, totally destroyed,” he added. “When I watch the news in Seattle and Chicago and Portland, when I see the history being rewritten, when I hear the promises—I hear echoes of a former life I never wanted to hear again. I see shadows I thought I had outrun.”

Alvarez added that he’s voting for Trump because he’s “fighting the forces of anarchy and communism.”

Trump and Republicans have said that the ongoing Black Lives Matter protests—which have sparked violence, looting, and riots—have been embraced by the Democrats and represent the country’s future if Biden were to become president. Trump has alleged that some city and state governments have failed to curb the protests and called for “law and order” to be restored.

Alvarez was one of many speakers who delivered an address during the first night of the RNC. Earlier Monday, delegates nominated President Trump, who spoke to the crowd.