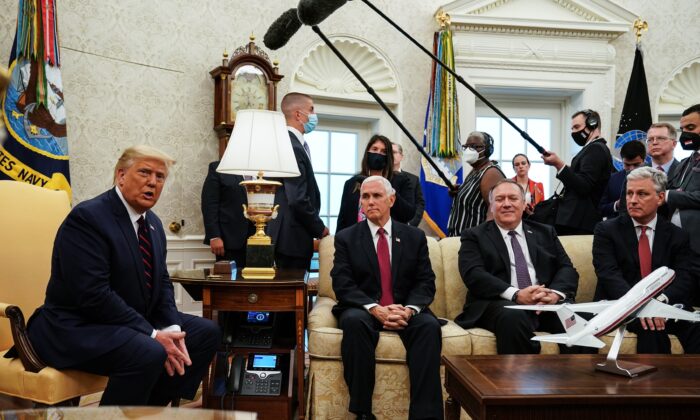 The director of the Conservative Political Action Conference (CPAC) event said it will be a mistake for former Vice President Mike Pence to skip the conference.

It was confirmed that former President Donald Trump will attend the event. Reports have said that Pence would not attend; The Epoch Times has reached out to Pence’s office for comment.

“We are pleased that the president will be joining us, and we’re disappointed the vice president’s not coming. We think it’s a mistake for him not to come. We conservatives think of Vice President Pence with great honor and dignity. He is a real champion of conservatism,” Conservative Political Action Conference Executive Director Dan Schneider told MSNBC on Sunday.

Schneider said that Pence has likely spoken at CPAC more than a dozen times over the years. And this year, if Pence attended, he would be “greeted very warmly,” he said.

Pence drew criticism in January for presiding over the Joint Session of Congress on Jan. 6 as the House and Senate certified the election for President Joe Biden. Trump, on Twitter, wrote at the time that Pence lacked “the courage” to attempt to challenge the results.

Trump’s planned CPAC appearance was confirmed on Saturday. He is reportedly scheduled to speak at the event on Feb. 28, which will be held in Orlando, Florida.

His adviser, Jason Miller, told Fox Business over the past weekend that Trump will likely lay out an optimistic vision for America, focus on standing up to the Chinese Communist Party, and taking on Big Tech companies and censorship.

“I have had the opportunity to speak to the President, and he’s very excited to make his upcoming address to CPAC, where you will hear him lay out his positive vision for the future of this country, a vision where we stand up to China, as the President was doing before he left office, and reclaim our manufacturing, a vision where our schools are open and our border is closed to illegal immigration, a vision where the Big Tech monopoly is dismantled and free speech and free expression and free thought can reign, because that’s what this country is about,” Miller said.

CPAC, which is the largest gathering of conservative voices, will take place from Feb. 25 to Feb. 28.

And earlier this month, it was announced that Pence would join the Heritage Foundation, will start a podcast, and speak at colleges and conferences.