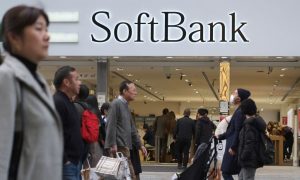 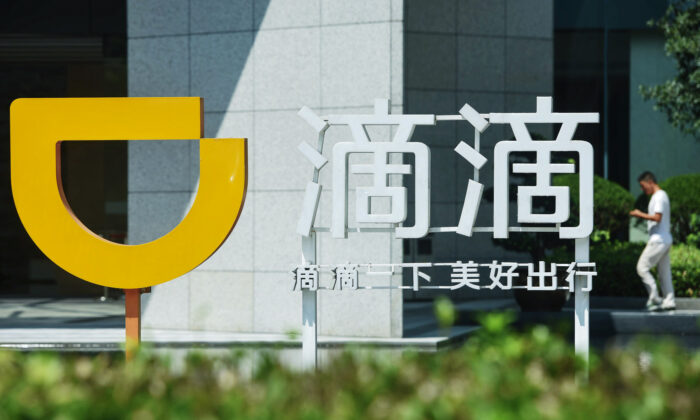 A logo of Didi Chuxing in Hangzhou in China's eastern Zhejiang Province on Sept. 4, 2018. (STR/AFP via Getty Images)
Economy

Didi on June 10 filed a prospectus for its initial public offering (IPO), with a plan to list its shares on either the New York Stock Exchange or Nasdaq.

Dubbed “the Uber of China,” the company commands the largest market share in the country. It has a long list of prominent backers such as Tencent, Alibaba, Japan’s SoftBank, Toyota, and Uber.

Didi plans to go public as early as next month in what could be one of the largest IPOs this year, scoring a valuation of $70 billion to $100 billion, according to estimates.

“Every time the SEC allows companies like Didi to list on American exchanges, it funnels desperately needed U.S. dollars into Beijing and puts the investments of American retirees at risk,” Rubio said in a statement on June 11. “The Biden Administration should take action to block Didi’s IPO and work with us on a legislative solution to prohibit all IPOs from unaccountable actors.”

Firms from the mainland and Hong Kong have raised more than $7 billion through IPOs in the United States in the first five months of this year, according to Bloomberg. This is an extraordinary pace considering last year’s sluggish IPO market.

Drugmaker Qilian International Holding Group Ltd. was the first China-based company to list its shares on the Nasdaq this year, while the largest IPO so far was the $1.6 billion share issuance by RLX Technology Inc., a maker of electronic cigarettes.

Chinese companies continue to seek American capital, despite a new law that enforces more stringent disclosure rules that could block them from the U.S. stock market if they refuse to be transparent and play by the same rules that U.S. businesses are held to.

U.S. regulators have been unable to inspect audit firms based in China for more than a decade. The Chinese regime has prevented audit inspections of China-based companies, citing national security and privacy as reasons for noncompliance.

The law, however, fixes the problem by forcing companies to delist from U.S. exchanges if they fail to comply with the U.S. audit oversight standards for three consecutive years. It also requires firms to disclose whether they’re owned or subject to control by a foreign government, including China’s communist regime.

As part of an executive order issued by Trump last year, some China-based companies were recently delisted from U.S. stock exchanges, such as the three major Chinese state-owned telecom providers and the energy firm China National Offshore Oil Corp., due to links to China’s military.

These actions, however, have had little impact on Chinese firms such as Didi that are lining up to hold their IPOs in the United States.

Rubio believes that Didi will refuse to comply with the new rules and be eventually delisted from American exchanges. There’s no point in allowing Chinese companies to issue shares in the United States if they’re already out of compliance with U.S. regulations, he says.

In May, Rubio and Sen. Bob Casey (D-Pa.) introduced the bipartisan No IPOs for Unaccountable Actors Act to prohibit share offerings by Chinese companies that don’t comply with U.S. audit standards.