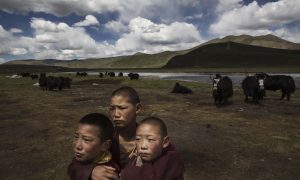 In Politicized White Paper, China Says Tibet Is in a 'Golden Age'
0 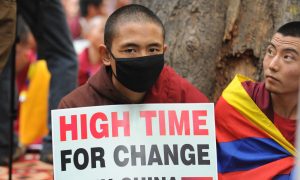 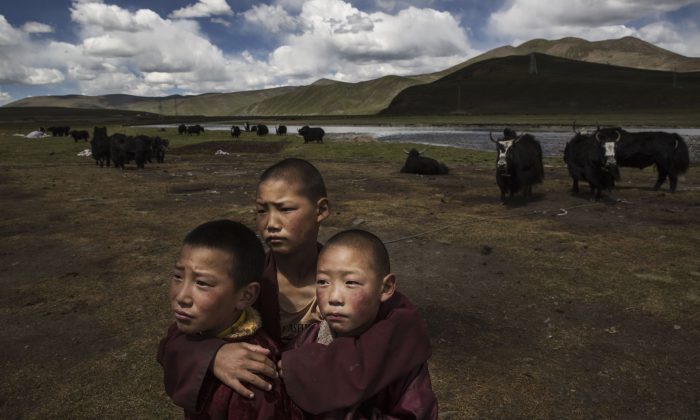 Recently, The Print used satellite images to prove that at least three “re-education camps” are currently under construction in Tibet. The author of the survey, Vinayak Bha, is a colonel retired from the Indian military intelligence unit and is a well-known satellite image research expert. He has repeatedly revealed Chinese military deployment dynamics through satellite photos. This time, he revealed construction done by Chinese authorities in Tibet. The so-called “temple” of Tibetan Buddhism is actually a concentration camp that is surrounded by high walls and guard towers and has the same structural design as a prison. Observers warned that China may soon start mass detention of Tibetans following the model of concentration camps for Uyghur Muslims in Xinjiang.

Since 2009, ethnic minority groups in Xinjiang have been interned and allegedly tortured by the Chinese government. If the Chinese regime starts another disastrous campaign of repression in Tibet, similar to what happened during the notorious 10-year Cultural Revolution, Tibet’s unique cultural heritage may undergo another catastrophe.

Recently, the Chinese regime barred foreign tourists from visiting Tibet because of a sensitive anniversary: March 10th, 2019, the 60th year of the Tibetan National Uprising against the Chinese Communist Party’s (CCP) occupation of Tibet’s capital Lhasa.

Looking back at history, the CCP’s rule over Tibet has already caused disastrous damage to Tibet’s culture.

According to several Tibetan autobiographies and photo collections from the Cultural Revolution found in Lhasa in recent years, although the CCP repeatedly guaranteed freedom of religion and respect for local lifestyles in its early occupation of Tibet, it started the so-called “democratic reform” in the mid-1950s to carry out land reforms and establish people’s communes. It forcibly confiscated or purchased private property, production tools, and livestock at extremely low prices.

Later on, the CCP regarded Tibetan Buddhism, which is the cornerstone of Tibetan culture, as “feudalistic superstition,” they saw Tibetan temples as “counter-revolutionary headquarters,” and the monks as “counter-revolutionaries.” As a result, a large number of temples were destroyed, and hundreds of thousands of years of historical relics stored in the temples were plundered. Many monks were arrested and imprisoned after being criticized and abused. Tibetans’ lives were threatened, their culture was destroyed, and their religious beliefs were also at the brink of extinction. Therefore, tens of thousands of Tibetans, including peasants, herders, merchants, soldiers, and even monks, decided to take up arms and organized guerrilla attacks, despite knowing that this was not the best choice to make. They fought with the well-trained and advanced CCP troops in the three districts of Tibet including Weizang, Amdo and Kang, with extremely simple weapons and insufficient ammunition.

The Dalai Lama fled to India in 1959, and the resistance movement in Tibet continued until the 1960s when it was completely suppressed by the CCP. But the Tibetans’ suffering did not end there. Later during the Cultural Revolution, Tibetan culture was systematically destroyed.

During the Cultural Revolution, all religious and cultural activities, such as chanting scriptures and lighting yak butter lamps, were all banned. Tens of thousands of monks were forced to secularize, marry, or be sent to labor camps. A large number of scriptures, cultural relics, Buddha statues, and architectural decorations were smashed, burned, stolen, or shipped out of Tibet for sale. The square that monks used for Dharma studies and prayer became a venue for public humiliation against the monks. The body of the Jokhang Temple was “renovated” to be used as a pig pen. The same tragedy occurred in the entire Tibet region as well as the neighboring Qinghai, Gansu, Sichuan, and Yunnan provinces.

Historical data has shown that, from 1949 when the CCP began to invade Tibet to the end of the Cultural Revolution in 1979, the CCP’s rule caused a total of 1.2 million deaths in Tibet (including the surrounding provinces), accounting for nearly 20 percent of the entire Tibetan population of 6 million. The destruction of more than 6,000 monasteries caused irreparable damage to Tibetan culture.

Such destruction continues to this day. The CCP has forcibly resettled Tibetans in designated areas, restricted the use and teaching of the Tibetan language, strictly monitored all monasteries, and forcibly promoted “patriotic education,” all of which accelerated the destruction of Tibetan culture and the sanitization of Tibet. Many Tibetan children living in metropolitan areas such as Lhasa have long lost the ability to express themselves in their mother tongue.

What Tibet has experienced is only one example of the CCP’s destruction of traditional national and ethnic culture. At the same time, all ethnic groups, including the majority Han Chinese, have been subjected to varying degrees of oppression under the CCP’s rule. In the past 70 years, the Chinese Communist regime has caused unbearable suffering to the people in China. But as the old saying goes, good and evil will be met with just rewards. Recent signs have shown that the CCP is reaching the end of its days. The glory of China’s 5000-year civilization will continue to shine without the Communist shadow.