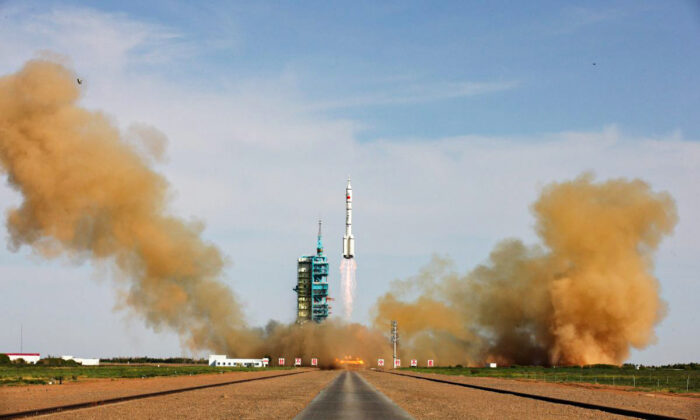 Western nations are responding to the growing threat of space-based warfare from China and Russia, although much work remains to be done to mitigate risks to vital infrastructure, according to one expert.

“We recognize that space is a critical domain for military operations. It’s an operational environment,” Malcolm Davis, a senior analyst at the Australian Strategic Policy Institute, told EpochTV’s “China Insider.” “It’s not some sort of peaceful sanctuary that sits serene and untouched, above geopolitical rivalries on Earth below.”

Space is a contested domain, where authoritarian nations are vying for control of terrestrial systems through extraterrestrial means, according to Davis.

“It’s contested in the sense that you are seeing countries like China and Russia and others developing counterspace capabilities to attack and interfere with Western satellites and to deny us space support,” he said.

Numerous systems that are required for the daily operation of modern society are space-based. These include everything from GPS and telecommunications relays to military equipment such as early warning systems designed to defend against missile attacks.

In each case, if key satellites were to be targeted, the system itself could fail.

Davis said China in particular was developing its capabilities with the aim of better attacking Western space infrastructure, which many believe would be the first step in a war with the United States and its allies.

“China is developing a range of comprehensive space and counterspace capabilities, including both hard-kill and soft-kill systems,” Davis said. “Soft-kill being systems that are designed to disable or deny, rather than physically destroy a target in space.

“Space is a critical domain in future war, both for ourselves and for the Chinese. So there will be competition on that, in that domain, by both sides, in terms of deploying and sustaining space support forces, and also deploying and use of utilizing counter-space capabilities.”

Davis says Western nations are working to counter the threat by creating more resilient systems, such as distributed space architecture, in which satellite systems are decentralized through many satellite clusters, rather than being built out of only a few major satellites.

“What we have to do is build resilient space capabilities whereby … we can augment existing space systems in a crisis to increase our ability in space to be able to have greater numbers of satellites to support terrestrial military operations,” he said. “We can disaggregate space support across a greater number of platforms, satellites, so that we’re not having so much essential capability concentrated on just a few very large, very complex satellites that are more easy to kill.”

Closer collaboration and joint efforts between allied nations would also unlock the potential of future warfighting capabilities and help to render space a more peaceful domain to prepare for the proliferation of humanity beyond planet Earth, according to Davis.

“The future is wide open in terms of what’s possible,” he said. “There are huge opportunities out there if we can work together and if we can get past some of this international tension.

“The possibility of humanity going back to the moon, learning how to develop a multi-planet species, [interplanetary] civilization, how we utilize space resources, to go on to Mars and beyond. All of that is in front of us.”