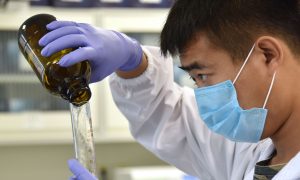 Does China Have Your DNA?
0
Share Now
TelegramFacebookTweetEmailTellMeWeReddit
Copy Link 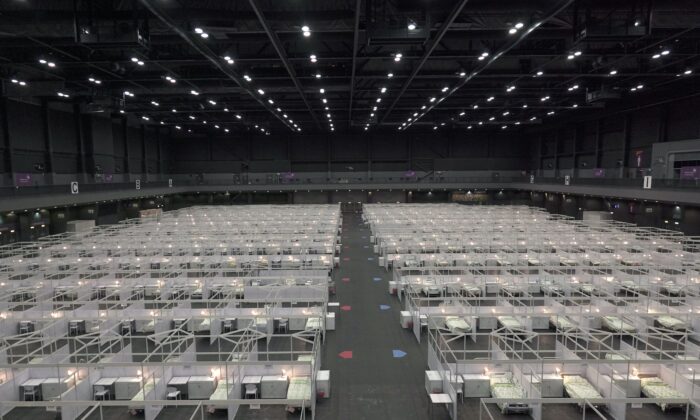 An exhibition hall that has been converted into a makeshift treatment facility to treat patients of the coronavirus disease (COVID-19) is pictured in Hong Kong, China on Aug. 1, 2020. (Pak Yiu/Reuters)
HK Current Affairs

Beijing is now directly intervening in Hong Kong’s management of COVID-19, in what many Hong Kong residents fear is an attempt to exert control over the city under the guise of support.

This past week, Chinese authorities announced its plan to send a 60-person team into Hong Kong, a former British colony that returned to Chinese rule in 1997, to assist the city in conducting widespread COVID-19 testing through nucleic acid tests.

Meanwhile, COVID-19’s spread has reached every corner of the globe. So far, over 18 million people are reported to have been infected, with 689,000 COVID-19 deaths recorded around the world.

A lab set up by Chinese gene sequencing and biomedical firm Beijing Genomics Institute (BGI) Group is among several mainland Chinese organizations that will “conduct free new coronavirus tests for high-risk groups of more than 400,000 people in Hong Kong,” according to a news report reposted on the company’s website.

Chinese state-run media Xinhua cited Yu Dewen, leader of the 60-member team from China, who said the Hong Kong branches of three mainland laboratories, including BGI, have the capacity to test 20,000 to 30,000 a day.

“With the support team joining hands with the mainland institutions, we can greatly increase testing capacity,” he said in an Aug. 3 report.

BGI Group did not respond to a request for comment.

Two subsidiaries of BGI Group are currently blacklisted by the United States over their role in “conducting genetic analyses used to further the repression of Uyghurs and other Muslim minorities” in Xinjiang, according to the U.S. Commerce Department. The ban bars their access to American goods and technology.

According to a recent Axios report, BGI Group collected DNA samples from Uyghur and other Muslim ethnic groups in China’s Xinjiang region, in circumstances where consent was likely impossible. These acts were contractually agreed upon in an agreement signed between BGI’s chairman and local Chinese Communist Party (CCP) officials in 2016, according to the report.

“Our concern is that there is widespread collection of DNA without legal protection and without telling people,” Maya Wang, a researcher for Human Rights Watch, told Nature Science Journal. The human rights group authored a 2017 report about DNA surveillance in Xinjiang.

“The Chinese Government is building the world’s largest police-run DNA database in close cooperation with key industry partners across the globe,” wrote the Australian Strategic Policy Institute in a report released in June.

“This program of mass DNA data collection violates Chinese domestic law and global human rights norms. And, when combined with other surveillance tools, it will increase the power of the Chinese state and further enable domestic repression in the name of stability maintenance and social control,” it added.

The news of widespread COVID-19 testing conducted by Chinese labs has evoked fear of China’s plans for DNA surveillance in Hong Kong.

A group of local Hong Kong district councilors voiced those concerns on Sunday. Neo Democrat Roy Tam, who staged a protest against the mainland doctors, said one of the reasons why they’re against testing under China is that Hongkongers are concerned about how the data will be handled among privacy concerns, RTHK reported.

In the aforementioned reposted news report, BGI’s Hong Kong lab director Wang Shihua assuaged public concerns of data being sent to the mainland, saying that personal information will not be collected and that only virus-positive samples would be sent to Hong Kong’s health department. “Other samples will be destroyed and will not be sent back to the Mainland. The public need not worry,” according to the interview conducted by local media DotDot News.

A statement released by the Hong Kong government also refuted allegations of DNA collection, stating such claims are “absolutely unfounded, emphasizing that all of its anti-epidemic work completely complies with the requirements of the law.”

The statement also threatens criminal punishment for those voicing concerns about DNA collection. “The Hong Kong SAR [special administrative region] Government condemned the acts of those deliberately spreading false rumors and attacking its anti-epidemic work. As to whether spreading untrue claims intentionally by certain individuals would constitute a criminal offense, relevant government departments will study the matter carefully and collect evidence for follow-up.”

Last week, Chief Executive Carrie Lam canceled the city’s upcoming legislative elections, citing a recent uptick in COVID-19 cases. The move was criticized by governments and rights groups, who were concerned that Hongkongers were being denied their right to a free and fair election.

A previous version of this article misstated how BGI Group was related to recent U.S. sanctions. The Epoch Times regrets the error.