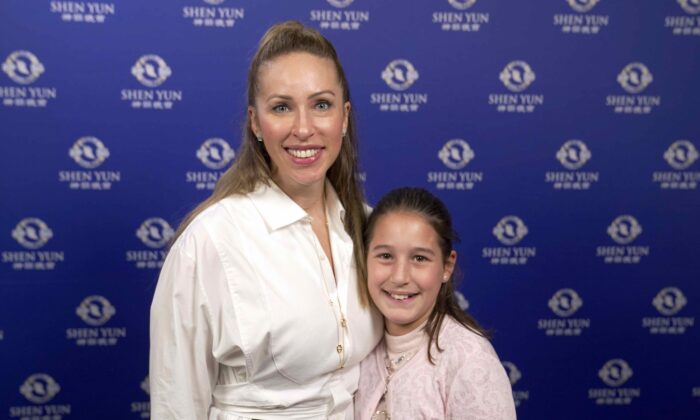 SYDNEY—Natalie Hazzouri and her daughter Ava said they were left breathless after the curtain opened for Shen Yun Performing Arts at Sydney’s Capitol Theatre on March 15, 2020.

“It was beautiful,” Hazzouri said of the opening act, which retold an ancient creation legend.

Hazzouri, who manages a retail development business, was also left in awe by a dance called “Water Sleeves,” in which graceful ladies wearing dresses with long, silken sleeves mimicked the gentle flow of water on a lake in the spring breeze.

“Phenomenal, beautiful, amazing,” she said. “The performances, the costumes, the movements … just breathtaking.”

New-York-based Shen Yun, with its seven companies touring the globe with an all-new 2020 program, has a mission to revive 5,000 years of traditional Chinese culture after it was almost been destroyed by the communist regime in modern China.

In its performances, Shen Yun takes its audiences on a journey across vast landscapes and through the dynasties, from the Mongolian steppes in northern China to the high-culture of the Tang Dynasty’s royal courts, as well as modern tales of courage inspired by those standing up to the oppression by today’s communist regime.

“The stories were beautiful,” Hazzouri remarked, and “seeing all the orchestra beneath you whilst you’re watching the dancers above you is incredible,” she added about Shen Yun’s orchestra.

“We’ve been to a lot of different theaters, but never have we come across something that’s so traditional,” she said.

“It’s magical, breathtaking … something that you have to come and see because I haven’t seen anything like it,” Natalie said.

With reporting by NTD Television and Melanie Sun.