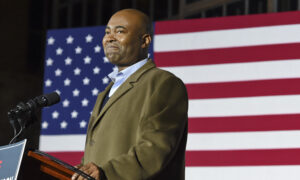 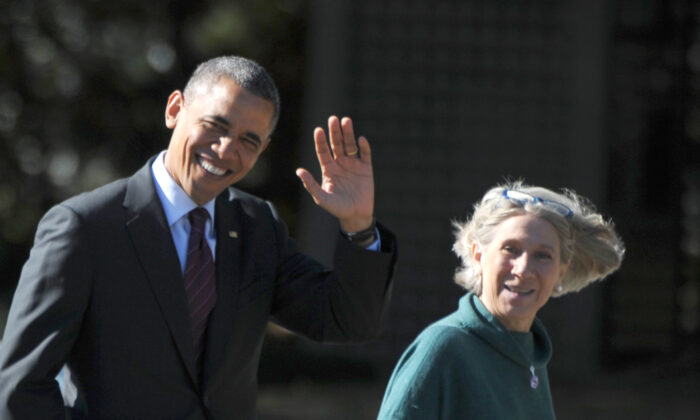 President-elect Joe Biden on Friday named a senior advisor for his incoming administration who had resigned from the Obama White House in 2009 after a clip surfaced showing her praising Chinese communist dictator Mao Zedong.

Anita Dunn resigned from her post as the White House communications director in 2009 after Fox News surfaced a clip of her praising Mao as one of her “favorite political philosophers.”

“The third lesson and tip actually comes from two of my favorite political philosophers: Mao Zedong and Mother Teresa—not often coupled with each other, but the two people I turn to most to basically deliver a simple point, which is, you’re going to make choices; you’re going to challenge; you’re going to say, ‘Why not?’; you’re going to figure out how to do things that have never been done before,” Dunn said in an address to the St. Andrew’s Episcopal High School in Washington in 2009, according to CNN.

After the clip surfaced, Dunn said the Mao reference was an attempt at irony which fell flat.

Mao led the communist Cultural Revolution and started a regime in China responsible for the deaths of tens of millions of people.

“Anita Dunn brings decades of experience managing and winning political and advocacy campaigns and advising our nation’s leaders at the highest levels of government,” a press release from the Biden-Harris transition team states.

Dunn was the senior advisor to Biden’s 2020 presidential campaign. She was named as the co-chair of the Biden-Harris transition team in September last year. She served as the chief strategist for Barack Obama’s 2008 presidential campaign and went on to become the White House Communications Director. In 2012, she helped Obama prepare for the presidential debates. She also worked in a number “of roles in and out of government for former Senate Democratic Leader Tom Daschle and former U.S. Senator Bill Bradley,” according to the transition team.

Disgraced Hollywood mogul Harvey Weinstein reached out to Dunn for advice when he was facing allegations of sexual abuse, according to The New York Times. Dunn helped Weinstein strategize and did not charge for her advice, the newspaper reported.