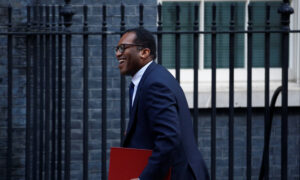 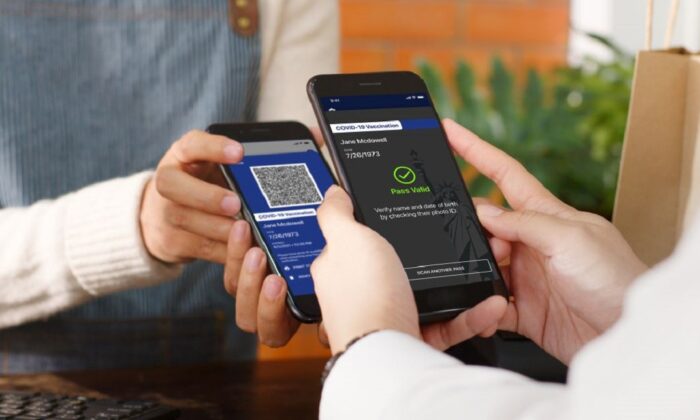 Biden Administration Responds to Reports on Development of Vaccine Passports

President Joe Biden’s administration is not creating COVID-19 vaccine passports, but officials are working with private companies to set guidelines for the systems, which people can use to show proof they’ve been vaccinated, the White House said Monday.

“There is currently an interagency process that is looking at many of the questions around vaccine verification, and that issue will touch many agencies, as verification is an issue that will potentially touch many areas of society. That’s guidance we’ll provide. A determination or development of vaccine passport or whatever you want to call it will be driven by the private sector. Ours will more be focused on guidelines that can be used as a basis and there are a couple of key principles that we are working from,” she added.

The key principles are that there will be no centralized, universal database tracking COVID-19 vaccinations, there will be no federal mandate requiring all Americans to obtain a single vaccine passport, there will be encouragement of an open marketplace with both companies and nonprofits developing technology, and there will be an effort by the government to ensure all passports meet key standards, such as “accessibility” and “affordability,” Psaki said.

“This is something we are working through. We want to provide clarity to the public,” she added.

Several reports had indicated over the weekend that the administration was leading the effort to create passports by setting standards for the systems.

New York state became the first state in the nation to roll out a vaccine passport last week. The technology, developed with IBM, will be used at entrances to stadiums, arenas, and businesses to prove the holder has received a COVID-19 vaccine.

“As more New Yorkers get vaccinated each day and as key public health metrics continue to regularly reach their lowest rates in months, the first-in-the-nation Excelsior Pass heralds the next step in our thoughtful, science-based reopening,” Gov. Andrew Cuomo, a Democrat, said in a statement.

Other companies and groups are developing similar technology, with an eye on requiring vaccinations to fly on planes, attend concerts, and for other venues where crowds of people gather.

Some have expressed concern about the passes.

“I think vaccine passports are a disproportionately technologically heavy solution, and they’re likely to be a waste of resources. But beyond that, I think there are also serious ethical concerns. I think that it’s an unnecessarily divisive approach. And I think it’s going to create more unfairness and inequality in an already unequal society,” Dr. Sarah Chan, an expert in bioethics at the University of Edinburgh College of Medicine, told NTD’s “The Nation Speaks” in a recent interview.

“If we start deciding who’s allowed to freely participate in society based on individual vaccination status, we’re really trying to put the responsibility onto individuals to be vaccinated. And that, in turn, assumes that whether or not a person has been vaccinated is wholly a matter of their own completely free choice. And that’s just not the case. In fact, vaccination is going to be dependent on a whole load of other factors beyond people’s control, such as ability to access the vaccine, pre-existing health conditions, and so forth,” she added later.

A top adviser to Biden earlier Monday said that Americans, as well as those in other countries, who get vaccinated “will want to be able to demonstrate that vaccination in various forms.”

“Unlike other parts of the world the government here does not view its role as the place to create a passport, nor a place to hold the data of citizens. We view this as something that the private sector is doing and will do. What’s important to us, and we are leading an interagency process right now to go through these details, are that some important criteria be met with these credentials,” such as “equitable access,” Andy Slavitt, senior adviser to the White House on COVID-19, told reporters during a virtual briefing.

“Privacy of the information, security, and a marketplace of solutions are all things that are part of what we believe in as is the ability for people to be able to access this free and in multiple languages,” he added.

Pressed on why the government isn’t developing the passports itself, Slavitt later said that a segment of the population is already concerned about the government being heavy-handed in some aspects with regard to vaccinations.

“Point of fact, it would discourage people to feel like that was the role we are playing. So we think we can have the best of all worlds and put forward guidelines and guidance,” he said.

Former Clinton adviser Naomi Wolf said that a mandatory COVID-19 vaccine passport would be the “end of human liberty in the West if this plan unfolds as planned.”