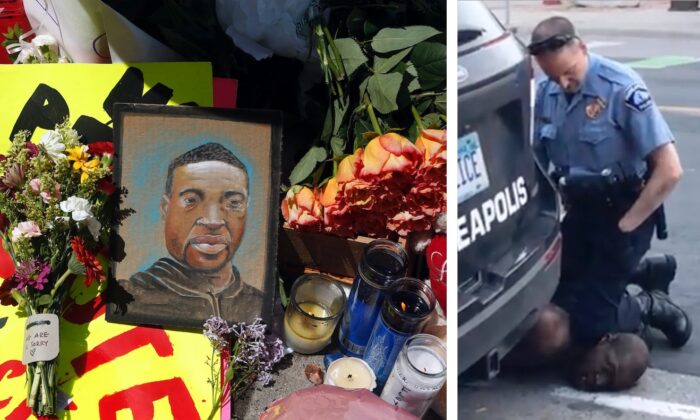 Update: The Hennepin County Medical Examiner released its final autopsy on June 1, shortly after results from an independent autopsy were released.

Preliminary autopsy findings by the Hennepin County Medical Examiner show that George Floyd, who died Monday in police custody in Minneapolis after an officer kneeled on his neck for nearly nine minutes, did not die due to strangulation or traumatic oxygen deprivation.

While the full report from the Medical Examiner is pending, the initial results, as cited in charging documents (pdf) against the recently fired Minneapolis police officer Derek Chauvin, indicate that “the autopsy revealed no physical findings that support a diagnosis of traumatic asphyxia or strangulation.”

Floyd died during an incident prompted by someone calling 911, claiming he was behaving erratically and tried to pay for something with a counterfeit $20 bill.

Chauvin, who was filmed kneeling on Floyd’s neck, was arrested on Friday and charged with second-degree manslaughter and third-degree murder. The criminal complaint against him alleged he “caused the death of George Floyd by perpetrating an act eminently dangerous to others and evincing a depraved mind, without regard for human life.”

The autopsy report cited in the complaint suggests Floyd died from a combination of heart disease and “potential intoxicants in his system” that were aggravated by the restraint placed on him by officers, which involved Chauvin applying his knee to Floyd’s head and neck area for an extended period.

“The combined effects of Mr. Floyd being restrained by the police, his underlying health conditions and any potential intoxicants in his system likely contributed to his death,” the report said, noting that Chauvin had his knee on Floyd’s neck “for 8 minutes and 46 seconds in total,” including almost two minutes after Floyd was non-responsive.

“Police are trained that this type of restraint with a subject in a prone position is inherently dangerous,” the document notes.

While the preliminary results of the autopsy may be interpreted as partly mitigating the actions of the arresting officers, law enforcement officials nationwide have condemned Chauvin’s actions.

“There is no need to see more video,” Chattanooga, Tennessee, Police Chief David Roddy tweeted Wednesday. “There no need to wait to see how ‘it plays out’. There is no need to put a knee on someone’s neck for NINE minutes. There IS a need to DO something. If you wear a badge and you don’t have an issue with this … turn it in.”

Some law enforcement officials called for Floyd’s arresting officers to be criminally charged.

“I am deeply disturbed by the video of Mr. Floyd being murdered in the street with other officers there letting it go on,” Polk County, Georgia, Sheriff Johnny Moats wrote on Facebook. “I can assure everyone, me or any of my deputies will never treat anyone like that as long as I’m Sheriff. This kind of brutality is terrible and it needs to stop. All Officers involved need to be arrested and charged immediately. Praying for the family.”

Meanwhile, Floyd’s family denounced the preliminary autopsy report, with family attorney Ben Crump saying, “The family does not trust anything coming from the Minneapolis Police Department. How can they?”

Speaking at a press conference Friday, Crump said the family would seek to have an independent autopsy performed.

“We’re going to take custody back of George Floyd’s body, and we’re bringing in Dr. Michael Baden to perform an independent autopsy,” Crump said, according to The Sun.

A prominent public figure to support the family’s wish for an independent autopsy into Floyd’s death is Meghan McCain, daughter of the late Sen. John McCain.

“George Floyd’s family must demand an independent autopsy. I don’t know what kind of [expletive] is attempting to be pulled here but we all know what we saw happen to George on video. There is a deep, festering rot of corruption and Americans will NOT stand for this,” she wrote in a tweet.

Philonise Floyd, sister of the deceased, wrote in a note on a fundraising campaign page: “My family and I watched in absolute horror as the now infamous and horrifying video began to spread quickly throughout social media. What we saw on that tape left us shell shocked.”

“As some officers knelt on his neck, other officers participated and watched; no one took any action to save my brother’s life,” she said.

Floyd’s death has sparked outrage and protests, many of which have degenerated into chaotic riots and wide-scale looting.

Demonstrations, often turning violent, have spread in recent days to places like Los Angeles, Washington, and Chicago, with a man shot dead in Detroit, police cars battered in Atlanta, and skirmishes with police in New York City.

Criminal charges filed against Chauvin have so far done little to stem the anger.