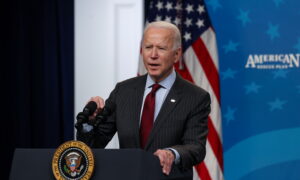 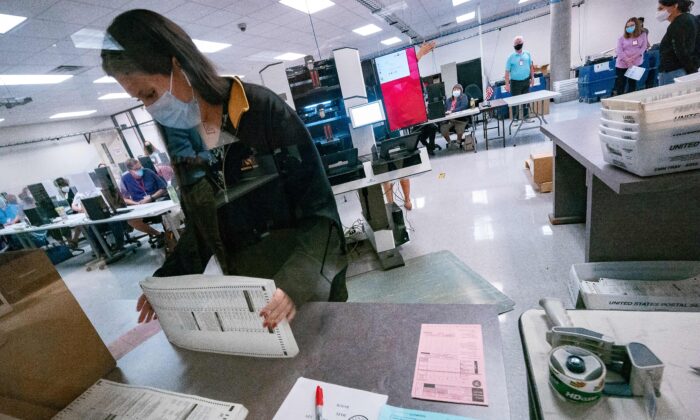 Citing the political convulsions America has gone through in recent months, Arizona’s attorney general said he hopes a voting rights case that he’s arguing before the Supreme Court on March 2 will help to generate momentum for electoral integrity measures nationwide.

“I think we all should agree at this point that we want to have confidence in our election system,” Mark Brnovich, the state’s Republican attorney general, said in an exclusive interview with The Epoch Times, in which he shared his views about the upcoming oral argument at the high court and electoral integrity measures in general.

Brnovich said he’s “hopeful” about his prospects before the high court, “but as someone who’s actually married to a judge, I’ve learned a long time ago not to predict what a judge is going to do.”

Brnovich’s wife, Susan Brnovich, was appointed a U.S. district judge in Arizona by President Donald Trump in 2018. She previously served as a judge in Maricopa County.

More Americans need to become active in defending the nation’s founding and the institutions that came out of it, he said.

There is a certain amount of establishment thinking out there “that just wants to go along to get along … [but] the stakes are so high right now in this country that we need champions that understand what the framers of our Constitution established here in this country.”

“We have seen in the past where people have used ballot harvesting to undermine the integrity of elections. We also know that no less than Jimmy Carter in 2005 had recommended that there be commonsense measures in place when it came to ballot harvesting because absentee ballots were one of the largest sources of potential fraud,” he said.

Brnovich was referring to the bipartisan Commission on Federal Election Reform, chaired by former President Jimmy Carter and former Secretary of State James A. Baker III, which found that “absentee ballots remain the largest source of potential voter fraud” and that “vote-buying schemes are far more difficult to detect when citizens vote by mail.”

“There was a time when this was a bipartisan issue, when all sides could agree that we want to make sure that we have safe and secure elections, and now for whatever reason, it’s become a partisan issue,” Brnovich said. “It’s unfortunate because everyone should have confidence in our elections.

“I think as a public official there is no higher priority among public officials than maintaining the public integrity of our elections, so we want to make sure that people are prevented from voting multiple times, we want to protect against voter intimidation, we want to preserve the secrecy of the ballot, and I think that’s what our laws were designed to do.”

The oral arguments in Brnovich’s case before the Supreme Court come after an Arizona judge ruled in a separate case that state lawmakers have the right to access 2.1 million ballots cast in the state’s most populous county and related electronic materials in order to carry out an audit of the Nov. 3 election results, as The Epoch Times previously reported.

Although Arizona’s electoral votes were disputed by the Trump campaign, and later, by federal lawmakers when Congress met amid a breach of the Capitol by hundreds of protesters on Jan. 6 and 7 to certify the presidential election results, Democrat Joe Biden was awarded those votes in the end.

Judge Timothy J. Thomason of the Superior Court of Arizona, Maricopa County, wrote in a decision Feb. 25 that although the county believes the subpoenas are “the result of continuing claims by supporters of former President Trump that the election was ‘stolen’ and that this entire matter is a waste of time,” the court finds the subpoenas “legal and enforceable.” The Arizona Senate has “broad constitutional power to oversee elections … [and the] Arizona legislature clearly has the power to investigate and examine election reform matters. “

The case is also one of the few Republican-initiated legal challenges to election procedures from the 2020 election cycle to survive to the merits stage without being dismissed for lack of standing, mootness, or on other grounds. The Supreme Court threw out a series of legal challenges on Feb. 22 to voting processes and results in Arizona, Georgia, Michigan, Pennsylvania, and Wisconsin that were left over from the cycle.

One provision is an “out-of-precinct policy,” which doesn’t count provisional ballots cast in person on Election Day outside of the voter’s designated precinct. Another is a “ballot-collection law,” known as H.B. 2023, that allows only specific persons such as family and household members, caregivers, mail carriers, and election officials to handle another person’s completed early ballot.

Most states require voters to vote in their own precincts, and around 20 states limit ballot collection by third parties, according to court documents.

A U.S. district court upheld Arizona’s provisions, which were challenged under the Voting Rights Act (VRA) and the 15th Amendment to the U.S. Constitution.

Section 2 of the VRA prevents state and local governments from imposing any “qualification or prerequisite to voting or standard, practice, or procedure … in a manner which results in a denial or abridgment of the right of any citizen of the United States to vote on account of race or color[.]”

A panel of the 9th Circuit Court of Appeals affirmed the trial court but then reversed at the en banc stage, going against the recommendations of the Trump administration.

The provisions regarding ballot-harvesting and out-of-precinct voting were ruled racially discriminatory and therefore unconstitutional by the appeals court.

“Arizona’s policy of wholly discarding, rather than counting or partially counting, out-of-precinct ballots, and H.B. 2023’s criminalization of the collection of another person’s ballot, have a discriminatory impact on American Indian, Hispanic, and African American voters in Arizona, in violation of the ‘results test’ of Section 2 of the VRA,” Judge William A. Fletcher, a Clinton appointee, wrote for the court.

Fletcher added that H.B. 2023’s ban on collecting another person’s ballot “was enacted with discriminatory intent, in violation of the ‘intent test’ of Section 2 of the VRA and of the Fifteenth Amendment.”

The Arizona laws in question are unfair because American Indian voters, other minorities, renters, and poor people are disadvantaged because they have difficulty receiving and sending mail, Fletcher wrote.

“Minority voters rely on third-party ballot collection for many reasons,” he added, citing the testimony of a community organizer

Brnovich said he rejects those court findings, which were consistent with legal arguments made by Democrats.

“The state of Arizona endorses without qualifications the goals of the Voting Rights Act in racial discrimination and voting,” he said.

“Our laws do not violate section 2 of the Voting Rights Act.”

But Republicans, Brnovich added, have been falsely accused of racism for a long time.

“Accusing someone of racism is the last resort of an exhausted mind,” he said. “Unfortunately, nowadays there are too many people that are intellectually lazy on the left and that’s what they fall back on.”

Brnovich was harshly critical of the centerpiece of Congressional Democrats’ agenda, H.R. 1, the proposed “For the People Act of 2021,” which House Speaker Nancy Pelosi (D-Calif.) says “will protect the right to vote, ensure the integrity of our elections, hold elected officials accountable and end the era of big, dark, special-interest money in our politics.”

Although the Constitution guarantees states the authority to run their own elections, the bill “would federalize and micromanage the election process administered by the states,” while eroding and eliminating security protocols, and limiting free political speech, according to a Heritage Foundation summary.

“I think people in the states are best suited to decide what safeguards are needed,” Brnovich said.

“I don’t think it should be up to some unelected judges or a bunch of people sitting in Congress to decide how we should conduct our elections freely and fairly in Arizona.”