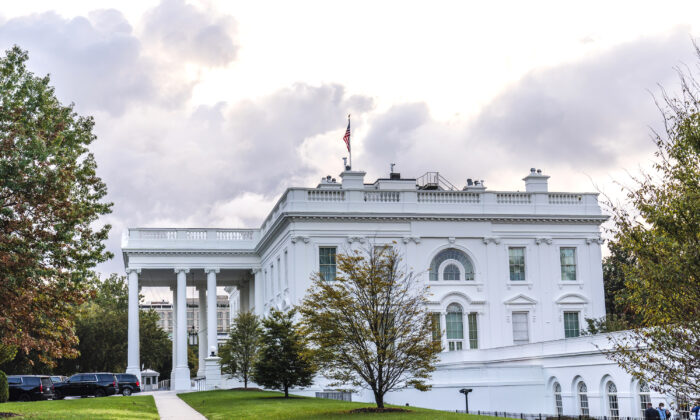 The author of a New York Times-promoted article and book from an “anonymous” White House staffer that was critical of President Donald Trump’s administration revealed himself on Oct. 28 to be Miles Taylor, who now works as a CNN contributor.

The White House, in response, described Taylor as a “low level, disgruntled former staffer.” Taylor was the Department of Homeland Security’s (DHS) chief of staff under former Secretary John Kelly, although his NY Times article gave the impression that he was a higher-level employee inside the White House. “I Am Part of the Resistance Inside the Trump Administration” is the title of the article, published in September 2018.

White House chief of staff Mark Meadows wrote on Twitter that the reveal was unimpressive.

Taylor publicly endorsed Democratic nominee Joe Biden in a video funded by Republican Voters Against Trump in August. According to CNN’s coverage of his revelation, Taylor joined CNN in September.

Taylor, while still anonymous, came under fire earlier this year when his book was announced and critics questioned why he insisted on staying anonymous while other government officials went on the record to testify during the impeachment inquiry against Trump in 2019.

Donald Trump is a man without character. It’s why I wrote “A Warning”…and it’s why me & my colleagues have spoken out against him (in our own names) for months. It’s time for everyone to step out of the shadows. My statement: https://t.co/yuhTgZ4bkq

“Much has been made of the fact that these writings were published anonymously. The decision wasn’t easy, I wrestled with it, and I understand why some people consider it questionable to levy such serious charges against a sitting President under the cover of anonymity. But my reasoning was straightforward, and I stand by it,” Taylor wrote on Medium.com in confirming that he was the author.

The White House press secretary’s office responded on Oct. 28 to Taylor’s revelation, saying he is “a liar and coward who chose anonymity over action and leaking over leading.”

“He was ineffective and incompetent during his time as DHS Chief of Staff, which is why he was promptly fired after only serving in this role for a matter of weeks,” the statement continued. “It is appalling that a low-ranking official would be granted anonymity, and it is clear the New York Times is doing the bidding of Never-Trumpers and Democrats.”

It added: “The American people elected President Trump to carry out his vision for the country, not an arrogant deep state operative trying to put their agenda ahead” of Trump’s agenda.

Hogan Gidley, a Trump campaign spokesman, said on Oct. 28 that Taylor “loved President Trump until he figured out he could try to make money by attacking him.”

“The very fact that the Beltway media cared about and hyped up ‘Anonymous’ just emphasizes how derelict they are when they totally ignore the readily visible [Joe] Biden pay-to-play scandal unfolding before their eyes,” Gidley added, referring to a series of reports and whistleblower complaint about Hunter Biden’s overseas business dealings.