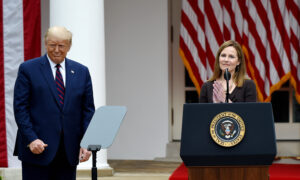 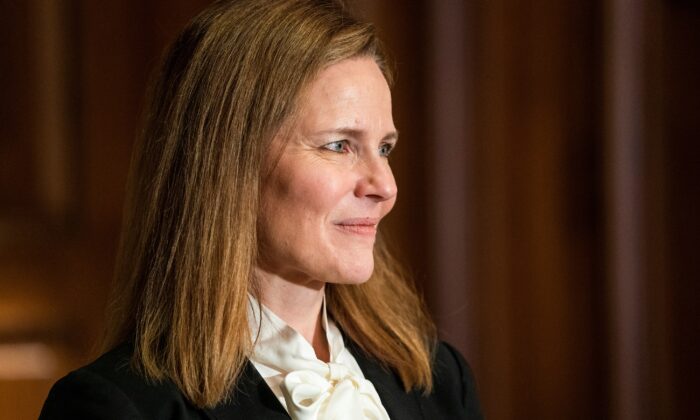 A lawyer group that rates judicial nominees says a review of Supreme Court nominee Amy Coney Barrett shows she’s qualified for a seat on the court.

A substantial majority of the American Bar Association’s Standing Committee on the Federal Judiciary determined that Barrett is “well qualified,” according to Randall Noel, chair of the committee.

A minority of the committee is of the opinion that Barrett is “qualified” to serve on the Supreme Court, he added.

Noel shared the results of the evaluation with Senate Judiciary Chairman Lindsey Graham (R-S.C.) and Ranking Member Dianne Feinstein (D-Calif.) via email on Sunday, a day before the committee begins its questioning of Barrett in Washington.

The evaluation was of Barrett’s “professional qualifications,” with the committee looking at “the qualities of integrity, professional competence, and judicial temperament,” Noel said.

The association’s Standing Committee on the Federal Judiciary has conducted reviews of federal judicial nominees for 67 years. It operates independently of the association.

The committee utilizes information provided by judges, lawyers, and other colleagues. It does not consider the nominee’s philosophy, political affiliation, or ideology. The three possible ratings are well qualified, qualified, or not qualified.

President Donald Trump nominated Barrett last month to the vacancy that opened up upon the death of Justice Ruth Bader Ginsburg.

Sen. Chris Coons (D-Conn.) referred to the ratings on Sunday, telling Fox News that Democrats oppose confirming judges who the association determines are not qualified.

The Senate Judiciary Committee hearing Monday will feature opening statements from each senator on the committee and Barrett.

Tuesday and Wednesday will feature questioning of the nominee, while Thursday is set aside to hear from groups supportive or in opposition to the nomination.

Graham said the committee vote is scheduled for Oct. 22. The full Senate vote, he said on Fox News’s “Sunday Morning Futures,” will hopefully take place no later than a week before the Nov. 3 election.

Senate Majority Leader Mitch McConnell (R-Ky.) hasn’t said when the full vote will take place, other than that it will happen before the end of the year.