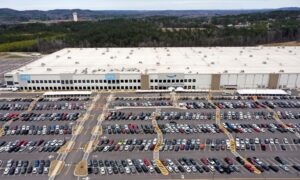 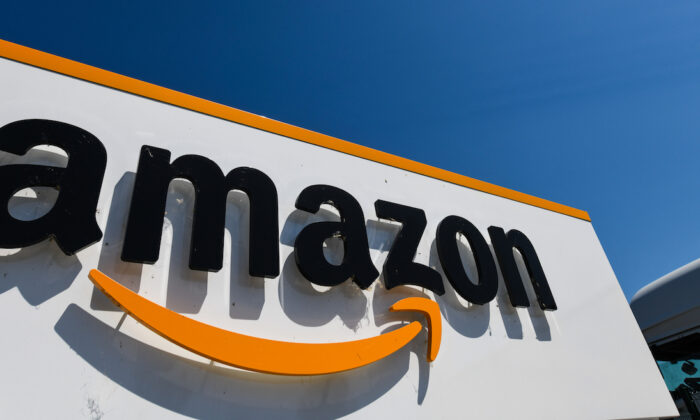 A picture shows the Amazon logo at the entrance area of the Amazon logistics centre in Amiens, northern France, on July 23, 2019. (Denis Charlet/AFP via Getty Images)
US News

Amazon.com warehouse workers in Alabama voted against forming a union by a more than 2-to-1 margin in a major win for the retailer, but the union hoping to reignite the U.S. labor movement said on Friday it would challenge the results, citing election interference.

National Labor Relations Board representatives counted 1,798 voting against forming a union, with 738 ballots in favor. A simple majority was needed for victory.

Both sides have the right to challenge the eligibility of individual ballots and the campaign process, but a ballot count official on a Zoom call of the proceeding announced that there were not enough challenged votes to affect the results.

Union leaders had hoped the election outside Birmingham would spark a new era of worker activism. Appealing to concerns that Amazon was monitoring their every move and associating themselves with the Black Lives Matter movement, organizers told the largely black workforce a union could get more from the company controlled by the world’s richest man.

The defeat joins high-profile failures to start unions at auto and plane factories in the U.S. South, and illustrates the challenges of organizing a major company. Amazon required workers to attend meetings, for instance.

Still, some employees described relatively good conditions and pay. Amazon offers at least $15.30 an hour, more than twice the federal minimum wage, which applies in Alabama.

“Amazon is not perfect, there are flaws, but we are committed to correcting those flaws and management has been, thus far, on board with us,” William Stokes, an Amazon worker at the Bessemer warehouse said at a panel organized by his employer.

He voted “no” to the union.

The vote was watched across the United States, with President Joe Biden defending workers’ right to form unions during the process.

The U.S. South has been particularly anti-union. Nearly all the states in the area, including Alabama, passed so-called right-to-work laws that curtail unions’ abilities to mandate dues and other measures.

The Retail, Wholesale and Department Store Union (RWDSU), which is trying to organize the Amazon employees, said it is filing objections, charging that Amazon interfered with the right of employees to vote.

“People should not presume that the results of this vote are in any way a validation of Amazon’s working conditions and the way it treats its employees, quite the contrary. The results demonstrate the powerful impact of employee intimidation and interference,” Stuart Appelbaum, RWDSU President, told a news conference after counting ended.

“We contend that they broke the law repeatedly in their no-holds-barred effort to stop workers from forming a union.”

The dispute likely will play out before the National Labor Relations Board (NLRB) and then in federal appeals court.

Union membership has been declining steadily, falling to 11% of the eligible workforce in 2020 from 20% in 1983, according to the U.S. Bureau of Labor Statistics.

Amazon, the second-largest private employer in America, for decades has discouraged attempts among its more than 800,000 U.S. employees to organize, showing managers how to identify union activity, raising wages and warning that union dues would cut into pay, according to a prior training video, public statements and the company’s union election website.

The union objection will focus in part on what it described as Amazon pressuring the U.S. Postal Service to install a mail box and then pressuring employees to bring their ballots to work and use the mailbox.

Richard Trumka, AFL-CIO president, who spoke at the union’s press conference, said, “This is not the outcome any of us hoped for … but make no mistake, you won the moment that you decided to take on Amazon.”