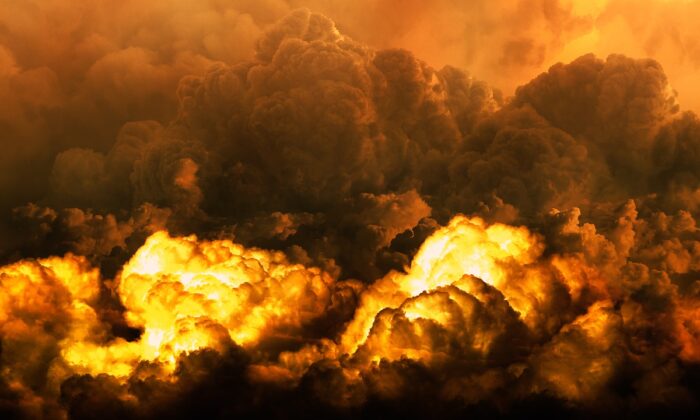 A Brief Guide to Leftist Destruction

To understand the modern world, perhaps the most important rule one needs to know is this: Everything the Left touches it ruins.

This first became clear to me years ago during my radio show. I was talking about the Left’s war on the Boy Scouts (for not accepting announced gay people). It was becoming clear that this would ultimately lead to the decline of the Boy Scouts, which led me to ask: “Will the left replace the Boy Scouts with a left-wing Boy Scouts?”

Then I answered my own question: Of course not. Because the Left only destroys; it doesn’t build anything (other than government).

In support of that observation, here is a list of many of the things the Left ruins and often destroys.

The Left long ago conquered the art world. Consequently, since the 20th century, most modern art has been ugly, meaningless, and nihilistic—the opposite of what Western art had always been.

What the Left did to the eyes in art, it did to the ears in music. As a part-time conductor, I can say with some knowledge that since the invention of atonal music (an oxymoron if there ever was one), most contemporary classical music is also ugly, meaningless, and uninspiring. The people who like such music are almost all music critics and, of course, music professors. Most lovers of classical music never listen to the stuff.

Journalists were once highly respected. Unless a piece was listed as “opinion,” people generally believed they were getting, to the best of a journalist’s ability, as truthful a report as possible—“just the facts.” Today, on virtually any controversial issue, they are getting opinion, not truth. The purpose of nearly every major newspaper and other “news” outlet is the same purpose Pravda had in the Soviet Union: to transmit the party line.

No. 4: Colleges and universities.

The Left has destroyed universities as places of learning devoted to seeking truth and therefore welcoming, even cultivating, diverse opinions. Virtually every left-wing idea was born at a university.

No. 5: High schools and elementary schools.

Most schools in America—private as much as public—teach children that America is systemically racist and that they are not born male or female, but at a later age will choose whether to be one or the other—or neither. And increasingly, American educational institutions deny objective truth exists, even in mathematics.

You can meet happy and unhappy liberals and happy and unhappy conservatives, but you are unlikely to ever meet a happy leftist. The only question is whether the unhappy gravitate to leftism or whether leftism makes people unhappy. Both are probably true.

People on the Left increasingly choose not to get married and not to have children—in other words, not to make families. And their welfare policies serve to disincentivize the creation of families.

The rates of depression among young people, especially young women, are higher than ever recorded in American history. One reason is that for half a century, women have been told, as one famous feminist saw put it, “A woman without a man is like a fish without a bicycle.” But the fact is that the vast majority of (heterosexual) women need a man to be fulfilled, just as the vast majority of (heterosexual) men need a woman to be fulfilled.

One reason young people on the Left don’t want children is that the Left doesn’t particularly like children. The teachers unions’ adamant refusal to open schools for over a year has opened many Americans’ eyes to this fact. So has the war on children’s innocence—like prematurely talking to them about sex and having schools introduce them to drag queens from the age of five.

Like the Democratic Party historically, the Left is racist. And it is so in precisely the way the word was always used—the Left believes in black inferiority. That is why leftists advocate lowering standards for blacks. That is why they advocate policies that always result in more blacks dying at the hands of other blacks. That is why they believe the state must take care of blacks more than any other group. That is why left-wing policies, from the Great Society to today, have destroyed so much of black life, especially its family life—and they don’t care.

According to polls and according to just about every American who remembers life from about a decade ago, black-white relations were far superior then and both groups were optimistic about relations continuing to improve. The Left shattered that with its anti-white, “America is systemically racist” propaganda shouted from almost every major media and relentlessly pushed in almost every school and big business. The Left knows that when blacks and whites feel good about one another, the Left loses its appeal and loses elections.

As the military gets more and more woke—recall the testimony of the chairman of the Joint Chiefs of Staff testifying before Congress about the need to teach the military about white racism—soldier morale declines. Add to this the utterly gratuitous and cruel mandate that every member of the military get vaccinated or be discharged and you understand why military morale is in steep decline.

Americans who remember the titans of late-night comedy—Johnny Carson and Jay Leno—remember how their sole aim was to bring some smiles and laughter to Americans before they went to sleep. Few people had any inkling of the political views of either host. That is now history. The Left has destroyed late-night comedy. It now consists of little more than angry rants against conservatives.

Superman was an iconic American hero. Thanks to the Left, he is no more. About a decade ago, Superman stood in front of the United Nations to announce he was renouncing his American citizenship to become a “citizen of the world.” And the Left has now changed his motto from “Truth, Justice, and the American way” to “Truth, Justice, and a Better Tomorrow.”

Never before has freedom of speech been threatened as it is today. As has been true since the communist revolution in Russia, everywhere the Left has gained power—from Russia in 1917 to the university and social media today—it has suppressed free speech. There is no exception.

Until last year, sport was a great American unifier. It was one place Americans could go and, leaving politics behind, Left and Right, Democrat and Republican could root for the same team. No longer. The Left has ruined it by radically politicizing baseball, football, and basketball.

The great American tragedy is just about every liberal knows the above is true, but nearly every one will still vote for the Left.