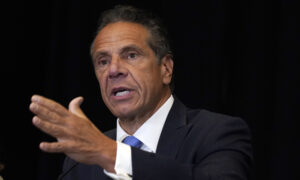 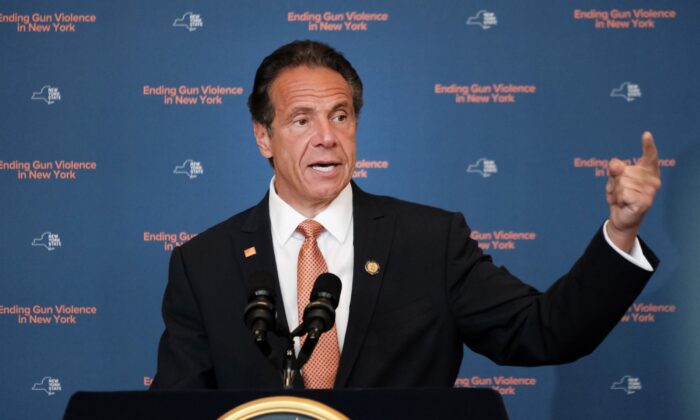 Four Democratic governors on Tuesday called on New York Gov. Andrew Cuomo to resign following a state attorney general report that alleged he engaged in a pattern of sexual harassment and intimidation that violated state and federal laws.

The governors said they were “appalled at the findings of the independent investigation by the New York Attorney General.”

Their statement came shortly after President Joe Biden said that he believes Cuomo should step down. The president said at a press briefing on Tuesday that “the state legislature may decide to impeach” the Democratic governor.

It came after New York Attorney General Letitia James released a report saying that Cuomo engaged in sexual harassment and that his chamber mishandled allegations against him.

“Specifically, we find that the governor sexually harassed a number of current and former New York State employees by, among other things, engaging in unwelcome and nonconsensual touching, as well as making numerous offensive comments of a suggestive and sexual nature that created a hostile work environment for women,” James’s report said.

She added that the governor’s office was filled with “fear and intimidation.”

The report followed a nearly five-month, non-criminal probe, led by James and two outside attorneys.

Albany’s district attorney’s office, meanwhile, is criminally investigating Cuomo, District Attorney David Soares said in a statement on Tuesday, adding that his office would welcome any further potential victims to come forward with a statement about Cuomo.

“Along with the public, today we have been made aware of the final independent report from AG Letitia James’ office regarding Governor Cuomo’s conduct as they relate to violations of civil harassment statutes,” he said in a statement. “As this matter is developing we are reviewing the document from the attorney general today, we will refrain from any additional public comment at this time regarding the status of the ongoing criminal investigation by our office.”

Cuomo, a Democrat in his third term in office, has repeatedly denied any wrongdoing and all allegations against him. He defied calls to step down on Tuesday despite the findings of the probe.

“Please take the time to read the facts and decide for yourself,” he said in a video message. “I never touched anyone inappropriately or made inappropriate sexual advances.”