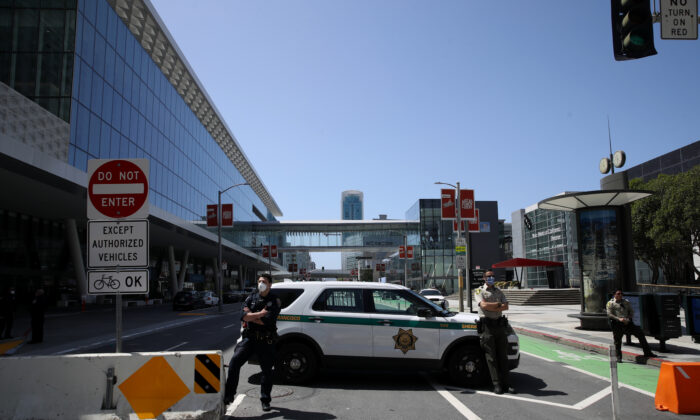 A number of San Francisco sheriff’s deputies may seek employment elsewhere or opt for early retirement if they’re required to receive a COVID-19 vaccine under a newly imposed vaccine mandate, the city’s sheriff’s union warned on Aug. 6.

San Francisco officials recently announced that all of the city’s 35,000 employees must be vaccinated or else face possible termination.

Religious exemptions or medical reasons may let some bypass the mandate, but those without an exemption who refuse the vaccine will encounter consequences that could result in termination, the San Francisco Chronicle reported.

The San Francisco Deputy Sheriffs’ Association published a statement on Facebook saying that while the organization has always supported safety measures against the virus, about 160 of its members don’t want to take the vaccine due to their beliefs.

“The problem we are faced with now is the strict San Francisco Mandate, which is vaccinate or be terminated. If deputy sheriffs are forced to vaccinate, a percentage of them will retire early or seek employment elsewhere,” the statement reads.

The sheriff’s association noted that 160 of its 700 deputies are unwilling to receive the vaccine and that the organization can’t afford to lose them, since it already has its lowest-ever staffing numbers due to applicant testing restrictions imposed by the mayor.

“The majority of Deputy Sheriffs are vaccinated. Approximately 160 out of 700 Deputy Sheriffs are not vaccinated [and] prefer to mask and test weekly instead of being vaccinated due to religious and other beliefs. Currently, the staffing at the SFSO is at the lowest it has ever been due to the past 9-month applicant testing restriction placed on the Sheriff’s Office by May,” the statement reads.

The San Francisco mayor’s office didn’t respond to a request for comment by press time.

“It’s really a decision for the health and safety of our employees and our public that we serve,” Carol Isen, the city’s director of human resources, told the San Francisco Chronicle.

San Francisco and six other counties in the Bay Area have reinstated a mask mandate for all indoor public activities due to the appearance of the Delta variant of the virus.

The mask mandate is to be obeyed by everyone, including vaccinated people, The Associated Press reported.

“It is unfortunate we have to do this at this point in the pandemic. None of us wanted to be here,” Dr. George Han, deputy health officer for Santa Clara County, told a press conference. “But the virus has changed.”