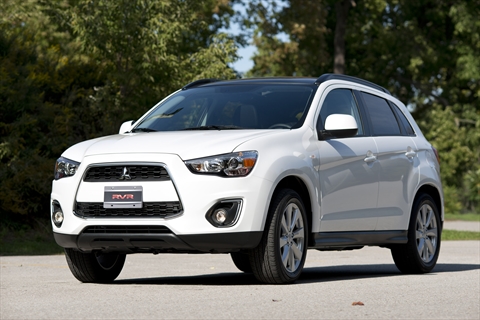 Mitsubishi’s Lancer, including its legendary Evolution model made famous on the rally racing circuit, has been the company’s top-selling vehicle for over a decade.

However, it was outsold in January and February for the first time ever, when Mitsubishi’s RVR crossover utility vehicle topped the company’s sales.

Though the Lancer re-emerged as leader last month, Mitsubishi execs are taking note.

“The Mitsubishi RVR is an emerging sales leader,” said Tony Laframboise, vice president of sales and marketing at Mitsubishi.

“For the 2013 model year, we freshened the RVR design and updated its driving characteristics. Add to this class-leading fuel economy and the best warranty anywhere, and RVR becomes a real contender among compact crossovers.”

It is available in 5-speed manual or CVT, with paddle shifters on the grand touring model to let you manually select a gear ratio with a CVT.

Jon Toker, general manager of Markham Mitsubishi, has some ideas about what is fuelling the RVR’s popularity.

“It’s the perfect car for young families,” he says. “It’s the size of the car but it still gives you that secure feeling of an SUV.”

There are a number of Canadian-friendly features like rust-proof body panels, all-wheel drive, heated seats as standard, and 60/40 rear folding seats that make room for your skis.

That’s all well and good, but according to Toker, it is Mitsubishi’s warranty that wins customers over.

The RVR comes with a 10-year 160,000 km powertrain warranty and a 5-year or 100,000 km warranty for most of the fiddly bits (except for the stereo which is 3 years), as well as 5 years of roadside assistance regardless of mileage.