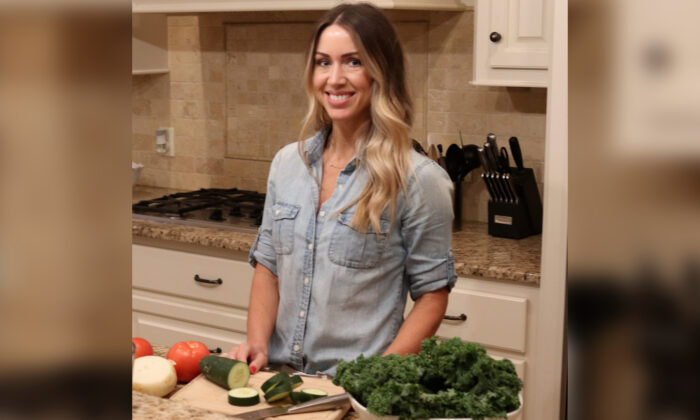 A Mississippi woman has won a lawsuit against the state after health officials tried to shut down a weight-loss course she offered through her personal training business in 2020.

Even though weight loss has been a topic of conversation since the dawn of the convenient, sedentary lifestyle brought with it the side effect of obesity, the Mississippi State Board of Health (MSBH) argued that personal trainer Donna Harris’ course to help her clients lose weight required her to be a licensed dietician, based on the Mississippi Dietetics Practice Act (MDPA).

Harris argued that it was her First Amendment right to discuss weight-loss methods with her clients, regardless of her status as a licensed dietitian.

As a result of the lawsuit, state officials amended the MDPA (pdf) to include an allowance for nonmedical weight control, defined as “services for the purpose of reducing, maintaining, or gaining weight that does not constitute the treatment and management of a disease or medical condition. The term includes weight control services for healthy population groups to achieve or maintain a healthy weight.”

“When that day arrives, Donna will then be able to go out and offer her weight-loss class with no fear of threats of being thrown in jail,” said Aaron Rice, Harris’ attorney, in an interview with The Epoch Times.

“The information Mrs. Harris planned to provide is widely available in hundreds of books, on television, and online,” Rice states in the lawsuit (pdf). “But because Mrs. Harris planned to offer this information to paying customers, the Mississippi State Board of Health considers her to be engaged in the unauthorized practice of dietetics and has ordered her to stop speaking.”

Free speech doesn’t lose its constitutional protection merely because it is compensated, he argued.

“While Mississippi certainly has the authority to regulate who may claim to be licensed by the state as a dietician, it has no legitimate authority to grant licensed dieticians a monopoly on advice about what healthy adults should buy at the grocery store,” Rice states.

Eventually, MSBH rescinded the cease-and-desist letter it sent Harris in January 2020 and rewrote the language in the regulation, which revised it to allow for Harris and other weight-loss coaches to offer their services “as long as they weren’t claiming to be a licensed dietician treating a medical condition,” Rice told The Epoch Times.

Harris never made this claim, and in fact, had disclaimers on her website stating that she wasn’t a licensed dietician and couldn’t treat medical conditions.

Still, when MSBH tried to stop her from offering her course, the agency told her she could only point people to government-approved information such as the food pyramid.

“That’s pretty problematic from a free-speech perspective,” Rice said. “Harris shut down her weight-loss program and refunded her customers.”

After she received the cease-and-desist letter, Harris sued the state Board of Health, arguing that state officials’ interpretation of the MDPA was a violation of free speech because she was only helping already healthy people with losing weight.

“The distinction here is that a licensed dietician is someone who works in a clinical setting and treats diseases and specific medical conditions through diet to accommodate those medical conditions,” Rice said.

Harris, who has a bachelor’s degree in nutrition and a master’s degree in occupational therapy, would have had to undergo 1,200 hours of supervised clinical practice, complete tests, and pay $300 to get a license in which she had no interest, Rice said.

The cease-and-desist letter threatened her with up to six months in jail, a fine of up to $1,000, criminal charges, and a civil suit if she had continued to discuss weight-loss strategies for pay.

“She called the department of health and tried to explain that there was a mistake,” Rice said.

The MDPA says it’s not a violation of the act for anyone to offer general nutritional information, he said.

“Now, it didn’t define that term, but our position was that the legislature had specifically intended to allow people to do exactly what Donna was doing, which is provide weight-loss coaching,” he said.

According to the Center for Disease Control and Prevention’s national obesity data, Mississippi ranks as the most obese state in the nation.

Though the state rescinded its cease-and-desist order soon after Rice filed the lawsuit, he said MJI chose to continue with the lawsuit due to the “vague language” in the regulation about providing general nutritional information.

“We weren’t willing to drop the litigation because she was still in jeopardy as far as we could tell because the speech was still chilled,” he said. “She didn’t know what she was and was not allowed to do in the department’s view of the law.”

MJI filed the lawsuit two weeks before the initial COVID-19 lockdowns, which paused progress on negotiations over what language would be appropriate in the MDPA.

For Rice, the right to freely speak about general health and nutrition is a “no-brainer.”

“The government should not be able to give any group a monopoly on speech about a common, everyday topic, like what food we should buy at the grocery store if we want to stay healthy or drop a few pounds,” he said. “This new regulation will increase Mississippians’ access to important information about their health while allowing more Mississippians to use their skills and knowledge to earn an honest living and provide for their families.”

In an MJI-issued press release, Harris said she’s happy the law has been changed, not just for her but for other nutritionists who may have helpful information to share.

“Being told I couldn’t do that and made to feel like I was some sort of criminal for trying to, was terrible,” Harris said. “I can’t wait to start my own weight-loss program again and to witness the results and joy that I can help my customers achieve.”