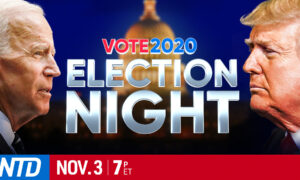 A U.S. District judge sentenced a 22-year-old Mississippi man to eight years in prison on Aug. 24 for conspiring to assist the ISIS terrorist group.

Muhammad Dakhlalla pleaded guilty in March to one count of conspiring to provide material support to a terrorist organization. He was also sentenced to 15 years of probation.

Dakhlalla could have faced up to 20 years in prison, $250,000 in fines, and lifetime probation.

“I was completely wrong about what ISIS was,” Dakhlalla told Judge Sharion Aycock.

“I’ve come to the conclusion that they’re really sick and twisted. They twist Islam for their own agenda. I denounce them. I condemn them.”

Dakhlalla and his fiancee Jaelyn Young had planned to travel to Syria to fight alongside the terrorist group, but those plans were halted when the two were arrested by FBI agents at a Mississippi airport on August of last year.

Prosecutors painted Young as the mastermind who convinced Dakhlalla to join the terrorist organization. Young had converted to Islam while a student at Mississippi State University and became immersed in the violent culture via online videos and websites.

“Young continually asked Dakhlalla when they were going to join (the Islamic State group) and began to express hatred for the U.S. government and to express support for the implementation of Sharia (sic) law in the United States,” prosecutors wrote.

Indictment: Man Spoke With ISIS While Planning Attack in US

According to court documents, Dakhlalla wanted “to be taught what it really means to have that heart in battle!” However, since Dakhlalla’s arrest, he has had a change of heart.

“The FBI, they really saved my life. I was about to do something reckless and stupid,” he said. “Even if I had been successful in getting over there, I’d probably be dead by now.”

Family spokesman Dennis Harmon said the Mississippi State University graduate will have a new lease on life once he completes his jail term.

“He is a fine young man who did something incredibly stupid,” Harmon said. “He will have a life to reclaim, starting in his 30s.”

Aycock sentenced Young to 12 years in prison on Aug. 11