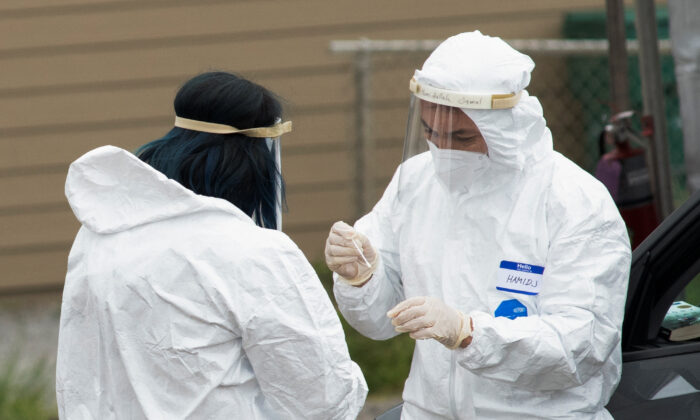 Mississippi’s attorney general announced on Wednesday that she is preparing to file a lawsuit against the Chinese regime to hold it accountable for “malicious and dangerous acts” that she claims caused the CCP virus pandemic, which resulted in widespread human and economic devastation in the United States and internationally.

Attorney General Lynn Fitch said her case, which will be filed on behalf of the state, will seek damages under the Foreign Sovereign Immunities Act (FSIA). Normally, Americans are barred from suing another country because of the doctrine of sovereign immunity, which is a legal rule that insulates countries from being sued in other countries’ courts.

The FSIA provides for certain situations where private individuals in the United States can sue a foreign country for its actions in its list of exemptions.

Fitch claims that the Chinese Communist Party’s (CCP) cover-up of the virus in the early stages of the pandemic had resulted in the suffering seen today in Mississippi. There are over 4,700 cases in the state as of Wednesday, and 183 deaths, according to the state’s health department.

“[The CCP] must not be allowed to act with impunity. Mississippians deserve justice and I will seek that in court,” Fitch said in a statement.

This comes after Missouri Attorney General Eric Schmitt said on Tuesday that he had filed a lawsuit in the U.S. District Court for the Eastern District of Missouri against the communist regime, alleging that the Chinese authorities’ actions led to harsh effects and deaths in the state. Missouri is the first state in the country to launch a lawsuit against the CCP.

“The Chinese government lied to the world about the danger and contagious nature of COVID-19, silenced whistleblowers, and did little to stop the spread of the disease. They must be held accountable for their actions,” Schmitt said.

The Chinese regime responded to the Missouri lawsuit on Wednesday, dismissing the legal basis of the lawsuit and calling it “absurd.”

Between mid-December and mid-January, the Chinese regime displayed a pattern of behavior of withholding information and making misrepresentations about the severity of the disease. There was evidence that the CCP had failed to expeditiously provide the World Health Organization (WHO) with important information about the virus, such as the transmissibility of the virus, details of the virus’s genome, and infection of healthcare workers. Experts have found that this lack of transparency and candor hindered the international response to the virus.

The Chinese regime was also not responsive to international requests to learn about the virus and the outbreak. U.S. Health and Human Services Secretary Alex Azar previously said the United States had been trying to send a group of experts to understand the outbreak’s transmission and severity since Jan. 6. However, the United States’s repeated offers were left unanswered for a month.

A number of class actions against the Chinese regime have also begun appearing around the country. A law firm in Florida, The Berman Law Group, has filed two class-action lawsuits against the Chinese regime to hold it accountable for allegedly causing the CCP virus pandemic. One of those lawsuits is filed on behalf of U.S. healthcare workers and claims that the CCP is deliberately buying up medical-grade protective masks, face and eye shields, and other protective equipment, while blocking exports on these supplies, in order to sell the items at substantively higher prices.

There are a number of instances and reports in recent months that the regime had been buying and importing large amounts of medical supplies. Between Jan. 24 to Feb. 29, China imported 2.46 billion shipping cartons of supplies for epidemic prevention, valued at 8.21 billion yuan ($1.158 billion), according to recent Chinese customs data. Among them were 2.02 billion protective masks and 25.38 million protective suits.

During that time, Chinese authorities, the regime’s foreign affairs ministry, and Chinese embassies around the world attempted to mobilize the Chinese diaspora to help buy up goods from around the world. Meanwhile, Chinese state-run enterprises, companies with government entities as majority shareholders, and private firms also began sourcing medical supplies to ship into China since January.

It is unclear how the Chinese regime is using the supplies that they’ve amassed.

Similarly, a coalition of small businesses in California has filed a proposed federal class action (pdf) against the Chinese regime, its health commission, and the City of Wuhan on behalf of Americans seeking trillions of dollars in damages for the harm caused by the pandemic.

Fitch said she has also written to the Mississippi Congressional delegation to urge the members to support a bill sponsored by Sen. Tom Cotton (R-Ark.) and Rep. Dan Crenshaw (R-Texas) that would carve out a specific exemption in the FSIA that would allow Americans to sue the Chinese regime for damages.

The bill would clarify that the suppression of information about the virus, which caused it to spread faster or further than it otherwise would have, can be considered a tortious act.

“China did the world a great injustice by engaging in a complex cover-up of the dangers of this deadly virus. By silencing journalists, doctors, whistleblowers, and others, China exposed millions to the Coronavirus and kept the world from preparing, leading to higher death tolls and more dangerous public health impacts. They must be held to account for the damage they have done,” Fitch wrote in her letter to the delegation’s members.

An earlier version of this article misstated when the Mississippi attorney general announced the lawsuit. She announced it on Wednesday, April 22.