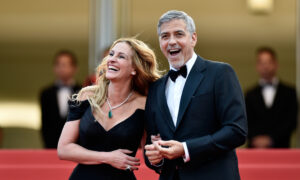 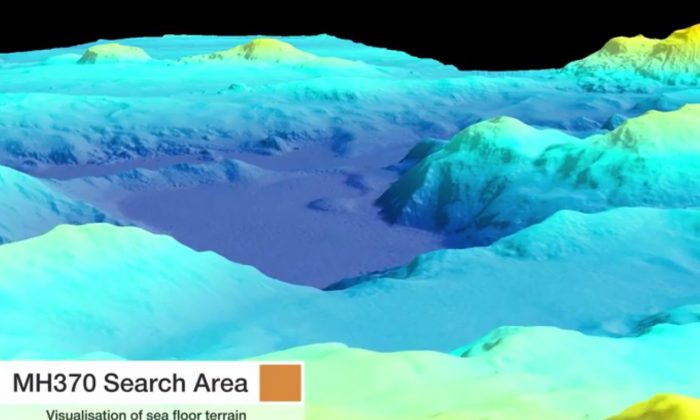 Australian officials have released a topographic visualization of what lies at the bottom of the Indian Ocean, which was made in the search for missing Malaysia Airlines Flight 370.

The Australian Transport Safety Bureau released a video of the seafloor, located hundreds of miles west of Western Australia. The images are made from what the search vessels are recording during the search for the plane, as seen in this video below:

The video was created after data was gathered via a multibeam sonar that provided high resolution data.

“The image is a synthetic aperture sonar acoustic image of the seafloor gathered by GO Phoenix,” reads a statement from the agency, according to News.com.au. “This is indicative of the resolution and quality of the data and that it is revealing important detail of the seafloor.”

The GO Phoenix and Furgo Discovery ships are working to scan the ocean floor, which is about 6,000 meters (3.7 miles) beneath the ocean’s surface. There’s a lack of data about the southern Indian Ocean’s floor.

More than 9,000 square kilometers has been searched so far, which is about 16 percent of the overall search area.

“In addition to locating the aircraft, the underwater search aims to map the MH370 debris field in order to identify and prioritise the recovery of specific aircraft components, including flight recorders, which will assist with the Malaysian investigation,” said a statement.

“The equipment used on the vessels is providing extraordinary data.”

Meanwhile, there’s been more theories about what happened to the missing plane, which disappeared March 8 with 239 passengers–mostly Chinese nationals–on board. It was flying from Kuala Lumpur.

Jeff Wise, the author of “Extreme Fear: The Science Of Your Mind In Danger,” theorized about a possible hijacking earlier this month. He’s also a member of The Independent Group, which is an organization of technical and aviation experts and has written for Slate magazine.

“The idea that MH370 might have wound up in Kazakhstan is not new. In the days after MH370’s disappearance, Malaysian Prime Minister Najib Razak personally appealed to Kazakhstan’s president, the Soviet-era strongman Nursultan Nazarbayev, to allow Malaysia to set up a search operation in the country. Kazakhstan never responded. After Inmarsat concluded that the plane had gone south, the matter was dropped,” he wrote on his website.

“If Russia has the savvy to plan an insanely complex special operation, they also have a track record of implementing such schemes. A week before MH370 vanished, Russia began infiltrating special forces into the Ukrainian territory of Crimea, eventually annexing it. The operation was designed to look like an internal uprising, but the personnel and equipment belonged to elite Russian military units,” he then stated.