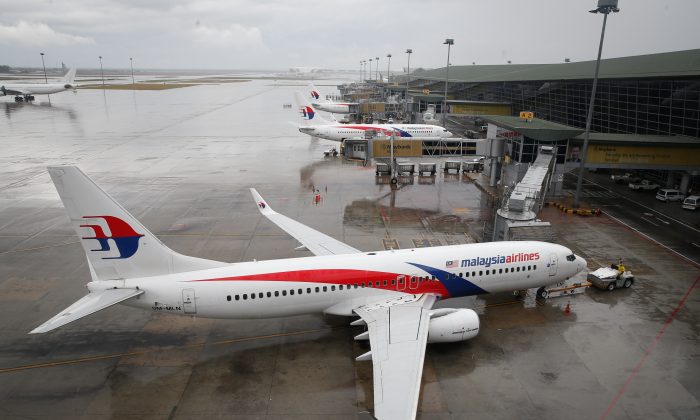 The families of the passengers on board missing Malaysia Airlines Flight 370 are still looking for answers six months after the plane disappeared over the Indian Ocean. Some Chinese relatives of those on board the plane say they’ve been beaten, harassed, and arrested by Chinese officials.

According to the AFP news agency, there was an emotional gathering among family members in Beijing this week, with some saying that Chinese officials have turned against them. They say that dozens of their family members have been beaten or arrested in recent months.

About two-thirds of the passengers on Malaysia Airlines Flight 370 were Chinese. And around 30 relatives gathered in a Buddhist temple to talk.

“In China, today is Family Reunion Festival, Mid-Autumn Festival,” a 55-year-old woman with the surname Zhang told the website. “Every day is a torture, but today we’re suffering even more.”

In Malaysia, Selamat Umar, whose son was on the plane, said about 100 people attended a service on Sunday. “It is breaking my heart that we still do not have any information about MH370,” he said. “There is no peace of mind for me at all,” he added.

Chinese officials have beaten and harassed the relatives after they went to the Malaysia Airlines office in Beijing to seek answers. Among those arrested were 4-year-old and 6-year-old children.

Dai Shuqin, 61, said she was detained a few months ago. Her sister was on board the plane. “We don’t understand it; we’re just ordinary people,” she said.

“Some of us want to take our own lives — climb up a tall building and kill ourselves,” she continued. “We’re being bullied so much. Our country is not protecting us at all. How can we live?”

Another relative of a passenger on board the plane, 25-year-old Steve Wang of Beijing, said he’s trying to get his life together. His mother was on board the airliner.

“I’m trying to get back to work, but I know I can’t totally get back to it,” he said, according to CBC. “Every time I try, I just can’t concentrate on other things, other things not related to MH370.”