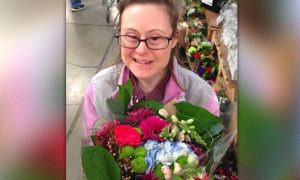 Search Continues for Missing Arizona Woman with Down Syndrome
0 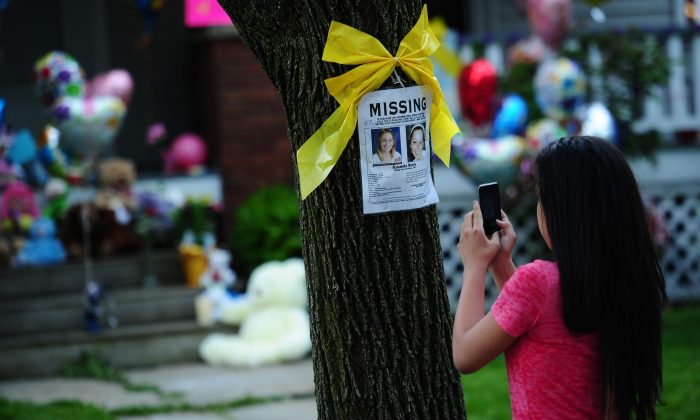 A girl takes a picture of a missing person sign displaying portraits of Amanda Berry, one of the three women held captive for a decade, in front of her sister's house in Cleveland, Ohio, on May 7, 2013. The three women were found safe, authorities said. (Emmanuel Dunand/AFP/Getty Images)
US News

While most missing persons are found, runaway children are vulnerable to exploitation, particularly sex trafficking.

“Traffickers, as well as buyers, strategically prey upon runaway children because of their mental, physical, and financial vulnerability,” according to the 2009 National Report on Domestic Minor Sex Trafficking: America’s Prostituted Children (pdf).

“The stark reality is that the supply is never-ending … I mean, that little girl who started as a runaway on the streets in Washington state and ended up on the streets of Miami Beach as a prostitute is way too typical,” said Andrew Oosterbaan, then-chief of the Justice Department’s Child Exploitation and Obscenity Section, according to the report. “There is an endless supply—and it is almost surreal to have these words leave my mouth—endless supply of victims. But that’s the stark reality.”

“The victims view running away as a way to escape an environment that they cannot control,” the report said. “It is not a coincidence that the average age of a runaway falls squarely within the age range a child is recruited into prostitution, as the victimized child who flees from home often lands straight in the welcoming arms of a trafficker posing as protector and caretaker.”

The most at-risk group are runaways from the social services system, such as foster care, group homes, or government facilities, Lowery said.

President Donald Trump has put a major emphasis on fighting human trafficking during the past two years. In February 2018, he signed an executive order to dismantle transnational criminal organizations that traffic and exploit people.

In April 2018, Trump signed into law the Stop Enabling Sex Traffickers Act and Fight Online Sex Trafficking Act, or SESTA-FOSTA, that stopped the shielding of website operators from state criminal charges or civil liability if they facilitate sex ads or prostitution. Just days later, sex-trafficking website Backpage.com was taken down by the FBI.

Subsequently, the demand for online sex trafficking has dropped as the operators of smaller sites struggle to stay afloat, according to a report by a counter-human trafficking technology company.