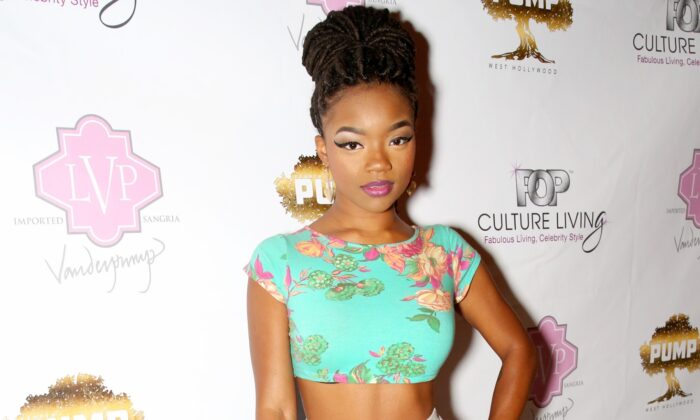 A 27-year-old actress who went missing in California over the weekend was found safe on Tuesday in a Los Angeles neighborhood, according to reports.

“She was located this morning at Colfax Avenue and Ventura Boulevard. She’s been located and her family has been notified,” a spokesperson for the LAPD confirmed.

Benjamin’s disappearance came around the same time Lindsey Pearlman, a 43-year-old actress best known for roles in television series such as “Empire” and “General Hospital,” was found dead in her car on Feb. 18 in Los Angeles.

Benjamin’s missing persons report prompted a response from a number of celebrities, who shared a flyer from the LAPD featuring up-to-date descriptions of her.

Other celebrities who shared the info included Porsha Williams of “The Real Housewives of Atlanta,” and “The Walking Dead” actor Vincent Ward.

It remains unclear why she went missing or how she was found.

According to reports, Benjamin had been diagnosed with bipolar disorder and schizophrenia and was taking a break from the entertainment industry to focus on her mental health.

The actress’s mother, Jocinda, shared an update on Benjamin’s decision to take a break from show business earlier this month, asking for “prayers and positive thoughts” for her daughter who had undergone a difficult time.

“In light of the recent tragic news of multiple suicides, combined with our own mental health concerns, Jaida and I have decided to take a much-needed hiatus from the entertainment industry,” she wrote in a message on Instagram on Feb. 2.

Jocinda told the New York Post in an email that her daughter is currently being evaluated for treatment at a hospital and she doesn’t have a specific date for when she will return home.

“We didn’t get any sleep at all. My phone is ringing off the hook. I barely got two hours sleep. But I’m relieved at the same time,” Jocinda commented to the Post in response to the LAPD locating her daughter.

“I wouldn’t wish this amount of anguish on any parent or loved one. The country needs to do its due diligence to take better care of those battling mental illness. There’s too much red tape to go through just to get immediate assistance and support,” she added.