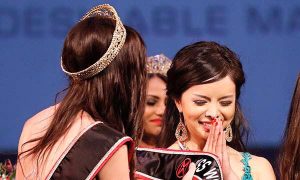 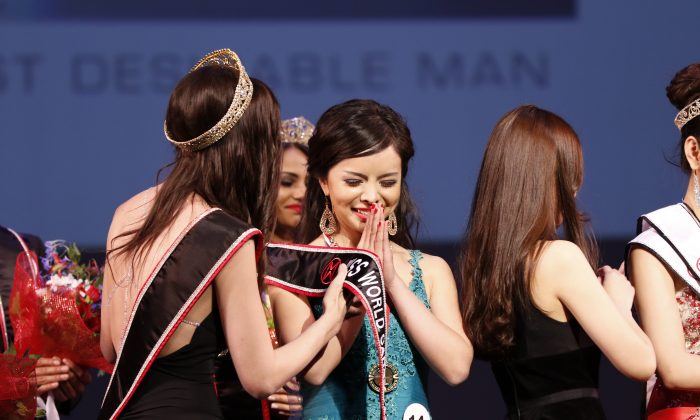 Anastasia Lin from Toronto was named Miss World Canada in a ceremony in Vancouver on May 16, 2015. Three days later, she learned that the family in China was being threatened by security forces because of her human rights advocacy work in Canada. (Andrew Chin)
Opinion

If Anastasia Lin, newly crowned as Canada’s Miss World contender, were 50 years old and weighted 150 plus pounds, she would have not attracted a scintilla of the attention for her cause that she has.

It is a simple reality that those promoting a cause look for the most sympathetic potential illustration.

Are you an animal rights activist? Those adorable baby seals about to be clubbed for their pristine white fur galvanize furious attacks, despite being a major source of income for the hunters?

Do you want to “Save the whales?” Then disregard the rights of aboriginal hunters who may consider them as floating tons of sushi.

Do you reject wearing “fur” and exalt the busyness of beavers? Another observer might see only that these relentless rodents murder innocent green trees to create waterway obstructions with “beaver fever” (giardiasis) resulting from polluted ponds.

The U.S. bald eagle (as well as being our national symbol) is much more attractive than a turkey vulture—and thus easier to rally support for its preservation. (Much easier than the snail darter or the northern spotted owl).

Or if you want to rally public attention against police abuse or capital punishment, you seek out cases where individuals are freed after years/decades of incarceration after witnesses recanted testimony and/or DNA evidence definitively states the individual could not have committed the crime.

So much lies in the eye of the observer.

Just as one man’s terrorist is another man’s freedom fighter; one woman’s human rights defender is another’s criminal obstructionist.

Thus Anastasia Lin has taken up her cudgels against human rights abuses in China, notably persecution of Falun Gong. Her starring participation in a still to be released film, “Red Lotus,” devoted to a Falun Gong practitioner imprisoned and tortured, clearly hit a nerve among Chinese authorities.

Their subsequent effort to curb Lin has been crudely directed against her family in China. Her father’s plaintive appeal that she cease and desist places her in a harsh dilemma.

But honestly, what did she expect? PRC authorities have demonstrated consistent, mindless persecution against Falun Gong supporters both domestic and international. Suppression is their objective.

Was Lin so terminally naive as to assume that the level of criticism against Chinese attitudes and actions presumably contained in “Red Lotus” would go unnoticed or unremarked by Beijing’s authorities? If so, she was wrong.

Again, let us be realistic. The Peoples Republic of China has evolved considerably in the 65 years since it won the civil war in 1949 and seized power. The Maoist state of that day killed and suppressed Chinese by the millions. Subsequently, it directed repeated, ruthless purges and filled concentration and “re-education” camps with all regarded as recalcitrant.

The last gasp Maoist effort to reignite revolutionary fervor during the Cultural Revolution destroyed much of a generation. Clearly, Lin’s father is well aware of this terrible past.

One must be grateful Lin’s father (and all other family members in China) were not seized and executed. Beijing authorities would prefer self-censorship by Lin, but she also must remain aware that while her freedom to speak out may satisfy a desire to promote human rights, it could cost her family dearly.

One must be grateful Ms. Lin’s father was not seized and executed.

Still, there is a parallel. A generation ago, the United States government faced the problem of Jewish “refusniks” in the Soviet Union. These individuals sought the liberty to leave the USSR for Israel. Would publicizing their circumstances just make Soviet authorities react more harshly? The refusniks answer was clear: they would rather suffer greater abuse with their circumstances known than to suffer with the world ignorant.

Only Anastasia Lin can make that decision.