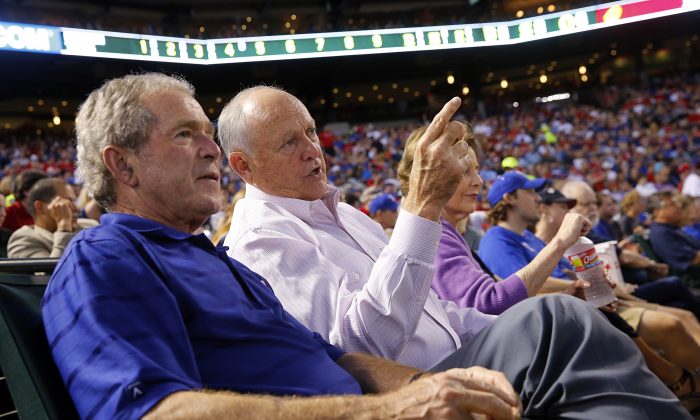 Miss Beazley, the dog of former US President George W. Bush, has died, according to reports.

BNOWire reported that Bush issued a statement about the dog’s death.

“This weekend our beloved dog, Miss Beazley, was put to rest after a battle with lymphoma,” the statement reads.

It adds: “She was a source of joy during our time in Washington and in Dallas. She was a close companion to her blood relative, Barney. And even though he received all the attention, Beazley never held a grudge against him. She was a guardian to our cats, Bob and Bernadette, who — like Laura and I — will miss her.”